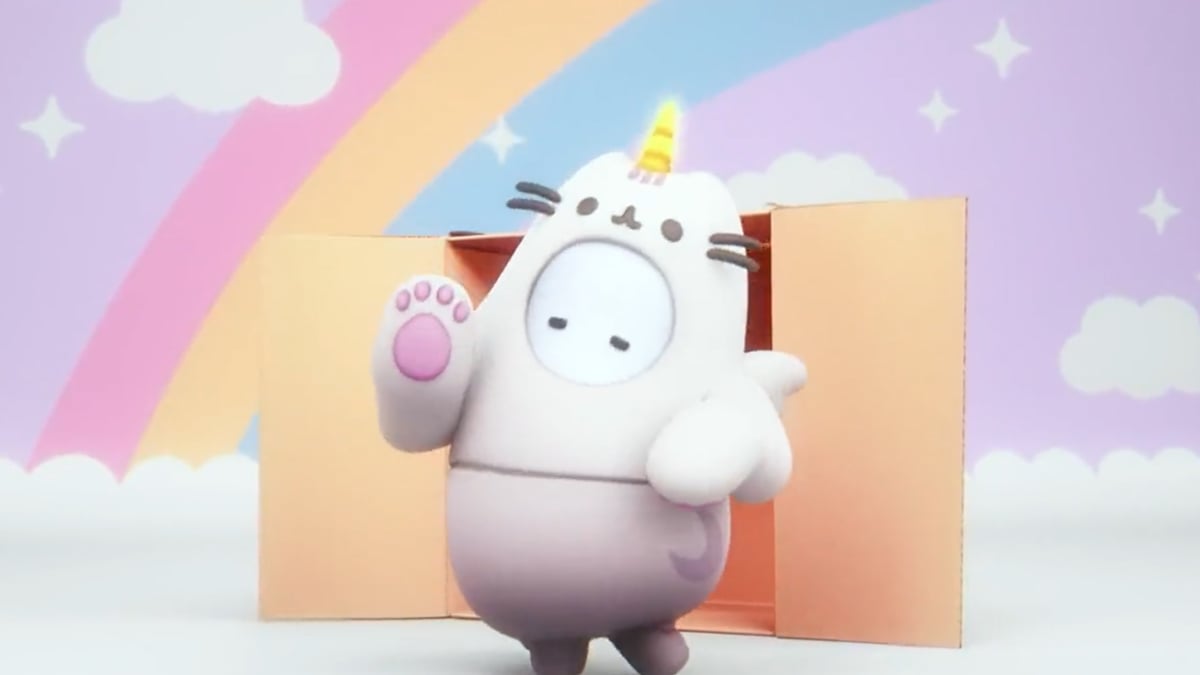 It’s not a surprise that Fall Guys is getting a set of Pusheen skins. Crossovers have become the party game’s bread and butter in recent years. Plus, the comic kitty cat was already teased earlier this year alongside skins for Assassin’s Creed’s Ezio and Mechagodzilla.

But now we know exactly what kind of Pusheen skins we’re getting — there are two of them, to be exact. As announced on the Fall Guys Twitter account, a regular Pusheen and a Super Pusheenicorn will be added to the in-game store soon. Specifically, they’ll be available from Thursday, July 14 through Monday, July 18, as the attached video teaser states.

No pricing was announced, but Fall Guys crossover skins are usually sold for 1200 Show Bucks apiece. There’s also no word on a potential bundle that packages the two Pusheen skins together with a bonus or two, but those often come alongside these sorts of promotions. Eivor’s Big Bundle (part of a recent Assassin’s Creed Abstergo’s Challenge event) was sold for 2000 Show Bucks, for example.

Show Bucks are a new in-game currency for Fall Guys, added when the game went free-to-play and released on new platforms like Xbox Series X/S, Xbox One, and Nintendo Switch. Show Bucks are used to buy higher-tier costumes, and they can be purchased with real money. Kudos, which are used to be the reward for everything, are now only given out during events, during challenges, and through season passes. They’re now relegated to being used for common cosmetics and items.

Currency changes aside, the shift to free-to-play has been a success for developer Mediatonic: 50 million players have tried Fall Guys since it made the switch. The studio will continue hosting new seasons at regular intervals too. The first free-to-play season is sports-themed, and it’s running through August 29. It’s the seventh season for the game overall, as Mediatonic created half a dozen before the game went free-to-play.