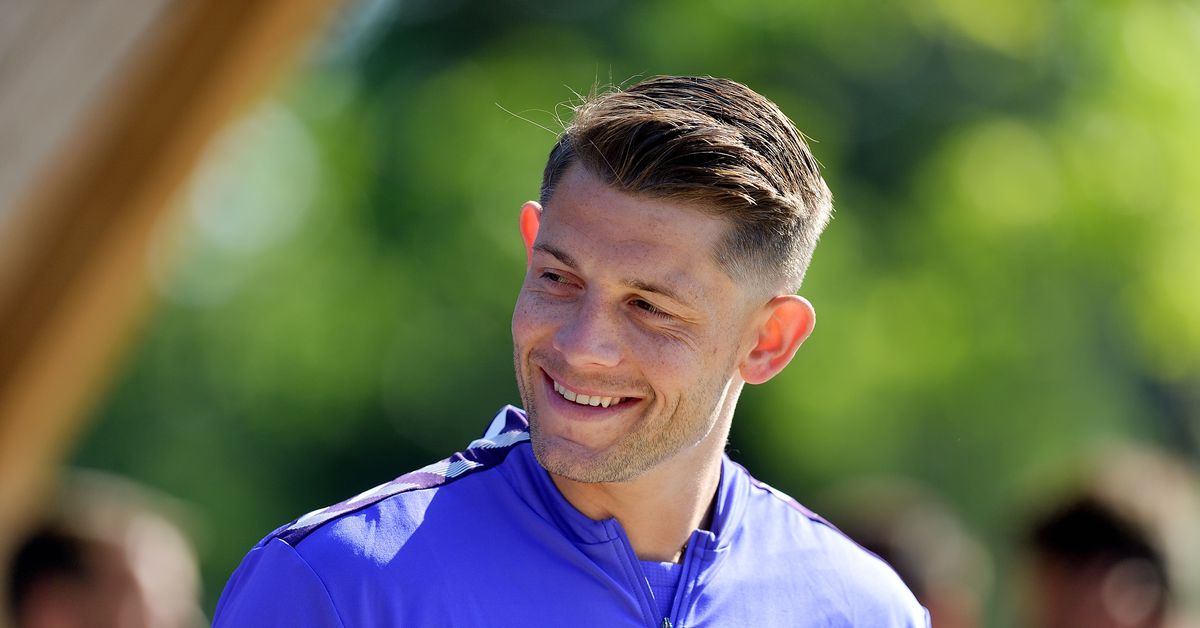 Your daily dose of Everton news and rumours

“He’s going nowhere. He’s our player and that was a hugely-important thing to me, he’s the sort of player we want to build to go forward with.” – Frank Lampard has made his stance on any Anthony Gordon transfer rumours very clear.

Youngster Ryan Astley will be out on loan at Accrington Stanley next season. [EFC]

After being the only club in the Premier League last season without a sleeve sponsor, it looks like the Blues will have some money coming in as a sponsor has been found.

Everton Football Club have now secured a deal to have a ‘shirt sleeve sponsor’. The sponsorship deal with the American based company, will begin in time for the new 2022/23 season

Watch new signing James Tarkowski going through his paces as the Toffees train in Washington DC ahead of their pre-season friendly against Arsenal on Saturday.

Everton along with West Ham and Leicester City are being linked with Lille’s young midfield prodigy Amadou Onana – finally, a defensive player! [HLN, via SportWitness]

Here’s Leon Osman speaking with Demarai Gray and Ben Godfrey in the second episode of the Everton in the USA series.

Frank Lampard is said to be driving the pursuit of Chelsea youngster Armando Broja, with Everton apparently having made a bid for the forward with West Ham also interested in him. [Evening Standard]

The Blues are watching wide Marcus Tavernier, with Middlesbrough expecting to lose the youngster this summer. [The 72]

We are into the doldrums of summer but there’s some competitive football on – the women’s European championship is underway as are the Europa Conference League qualifiers.

Our School of Science Radio podcast is available on iTunes, Spotifyor Stitcherand generally wherever podcasts are available – you can also find the podcast player at the bottom of this page.