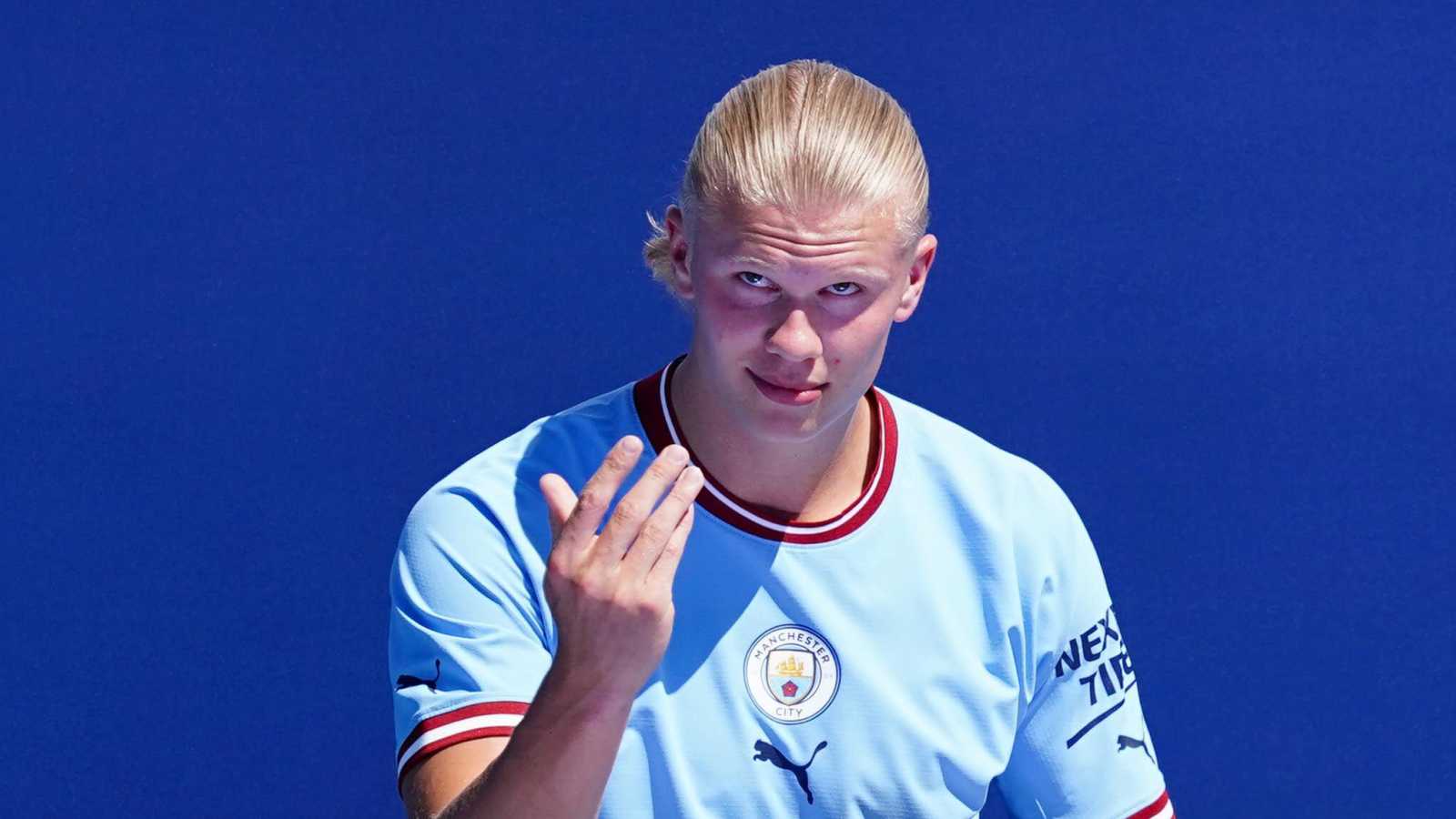 Erling Haaland has sent a warning to opponents who will be focusing on marking him during his debut Manchester City season in the Premier League.

Anticipation is building about Haaland’s Premier League career after his transfer from Borussia Dortmund to Manchester City. His goal record in Germany was phenomenal, so many expect him to do well for the reigning English champions.

Indeed, the striker has now opened up on the expectations surrounding him as the countdown to his debut continues.

Haaland believes he will be able to cope with the focus on himself, but believes it could actually play into City’s hands on the pitch.

“There will always be expectations and that’s ok with me; I don’t think too much about it.

“I know people want to stop me and if someone puts five men on me it is more space for the others. As you can see, nowadays you have to have a really strong collective team to reach something and that’s maybe the most important thing in today’s football.”

City won the Premier League title last season after an intense battle with Liverpool. As an outside observer, Haaland thought the growing rivalry between the two clubs could only have been a good thing for the competitiveness of the league.

Now, he is looking forward to being a part of it – and he opened up more on how he will approach games of any magnitude.

Haaland said: “It’s been insane to see Klopp and Guardiola pushing each other, all the players, fans, everyone.

“To be outside watching this, everybody talking about it, pushing each other into the very last game — it’s not often that happens and I think it’s really good for England and also good for the clubs to push each other to reach the next level. It’s really important and it has been nice to watch.

“It’s good that we push each other, that’s what we want. I like it a lot.

“That’s something I like. I will try to bring a little bit of extra fire.

As Haaland referred to, Manchester City boss Pep Guardiola has been constantly developing in order to ensure sustainable success for the club.

Naturally, the Norwegian is looking forward to working under the former Barcelona boss. Guardiola’s presence and style were partially behind his decision to choose City.

Haaland explained: “You see how people develop under him, that’s a huge thing and also how City play, the positive football, how much they give to English football in terms of the football they play.

“This is the football I wanted to be a part of. I had a good feeling about it and that’s why I wanted to come here.

“I think he can add a lot of things. I’m at the start of my career at Man City but there are different things he can teach me.

“I’ve been here for a couple of days and I like the vibe. It’s a good vibe and that’s really important for me.”

Erling Haaland will be hoping to debut for City when their campaign gets underway with the Community Shield against Liverpool on July 30th.