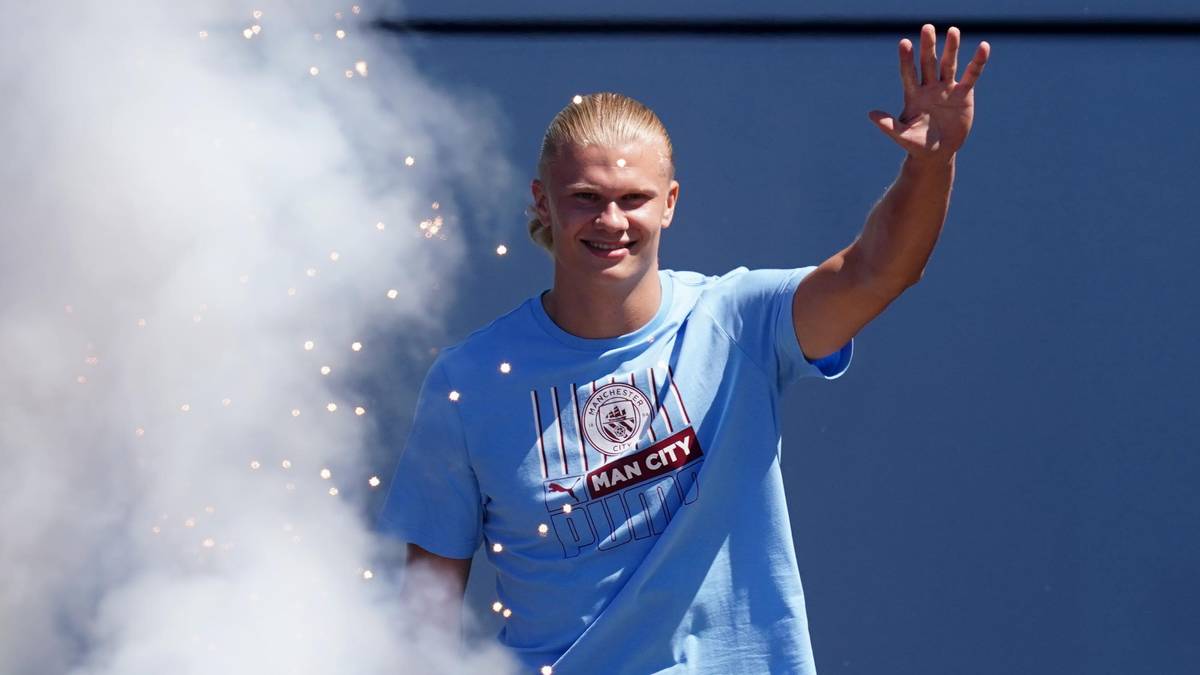 The summer transfer window has seen Manchester City let go of some perennial players, with the likes of Raheem Sterling, Gabriel Jesus, and Fernandinho all leaving the squad.

At the same time, they they started to sew the seeds of their future.

City have added young and highly-talented players like Erling Haaland from Borussia Dortmund, and Julian Alvarez from River Plate to their already impressive cast of young players.

One of those is the two-time Premier League Young Player of the Season Phil Foden, who Haaland praised upon joining the team in June.

During a fan event on Sunday afternoon, Erling Haaland discussed the importance of getting to know the likes of Foden and Alvarez.

“It’s about being myself, to connect on and off the pitch, get to know eachother,” said Haaland.

“In Dortmund, it worked well with (Jadon) Sancho, after one minute on my debut he assisted me, it’s about getting to know each other to perform at the highest level.”

The potential of Manchester City’s squad was something that Erling Haaland discussed, explaining that the talent goes beyond himself and the other young players.

“It’s not only me and Phil Foden, it’s the whole squad, there’s so many good players with huge potential.”

Apart from perhaps Kalvin Phillips, Haaland of all the incoming transfer players should know what Manchester City are capable of, as Borussia Dortmund and Pep Guardiola’s side met during the quarter-finals of the 2021 UEFA Champions League.

This experience of playing against them left quite the impression on Haaland, as he discussed on Sunday.

“You see them on TV and when you meet it’s completely different,” Haaland said.

He added that it was this style of play which he wants to be a part of moving forward.

A true test for Erling Haaland and Manchester City’s potential this year will be the Champions League, which is the one trophy to evade Pep Guardiola during his time at the Etihad Stadium thus far.

During the event, Haaland expressed his love for the competition, going as far as to call it his favorite competition.