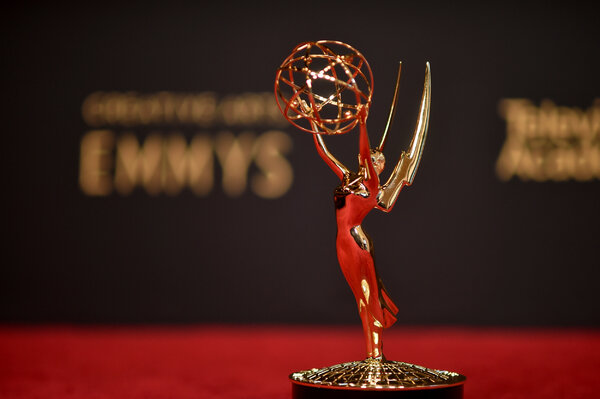 Here’s the good news for Netflix: It’s a virtual lock to get multiple nominations in the best drama race.

“Squid Game” by itself is poised to make history, and will probably garner the most nominations ever for a foreign language show. (The Apple TV+ drama “Pachinko,” which is mostly in Korean and Japanese, could also score a best drama nod.)

Emmy love would be welcome news to Netflix executives after an ugly few months that has sent the streaming giant into a tailspin: Its share price has nose-dived, hundreds of staffers have been laid off, and it’s a week away from potentially announcing another subscriber loss.

All three Netflix series will run into a challenging obstacle: “Succession,” the HBO series that won the best drama in 2020, the last year it was nominated. The family drama is the early favorite to win again for the show’s third season, which wrapped up in December 2021.

HBO, and its accompanying streaming service, HBO Max, had a big year, and will come armed with a fleet of programming that could land a significant number of nominations, including for “Euphoria,” “Hacks,” “Barry,” “The Gilded Age” and “The White Lotus.”

Netflix and HBO have each had the highest number of nominations for any TV network twice in the past four years. Netflix was tops in 2018 and 2020; HBO took the title in 2019 and 2021.

Bragging rights at the Emmys have been critical to Netflix, and that was before it needed a shot in the arm.

Last year, when Netflix tied a 47-year-old record set by CBS for the highest number of Emmy wins in a single year, its executives took a victory lap, staging a news media conference where they boasted about their “historic” night. And when visitors walk into the lobby of Netflix’s Hollywood headquarters, they are greeted by the sight of dozens of Emmy statuettes affixed to a wall, surrounded by hundreds of flowers.