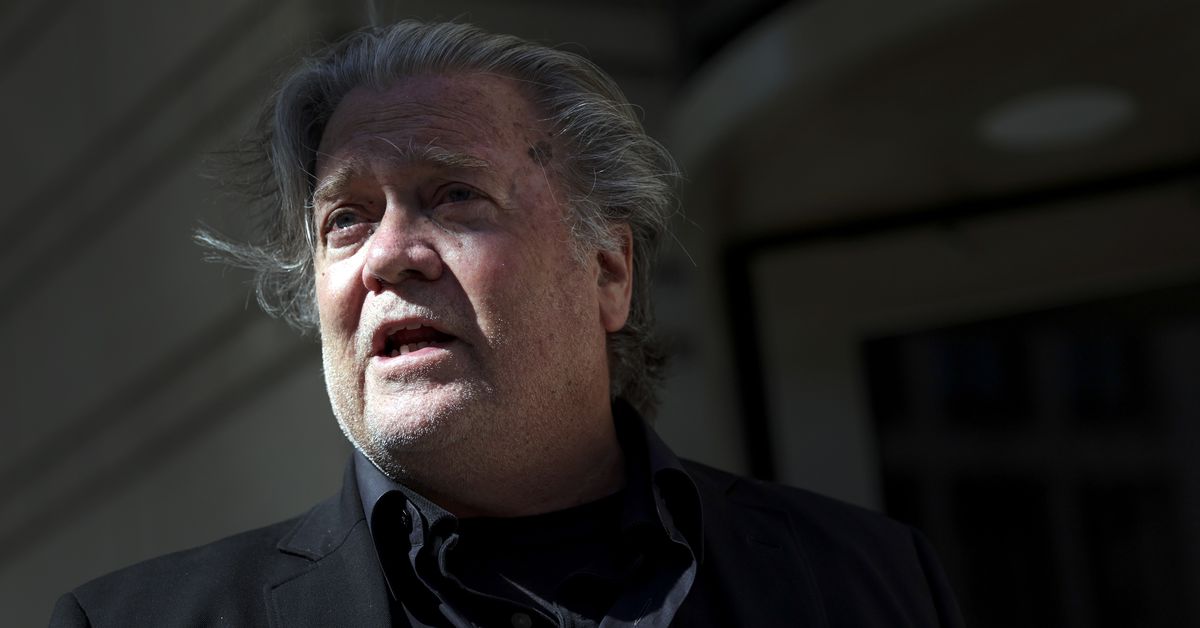 Elon Musk’s short-lived push to buy Twitter has made him a lot of enemies — but it’s delivering exactly what a certain set of Republican influencers want. Right-wing figures like Steve Bannon and Donald Trump Jr. have already hailed Musk’s decision to back out of the deal. For them, the goal is no longer to control Twitter but to embarrass it.

“Maybe Elon never intended to buy Twitter after all,” Charlie Kirk, podcaster and CEO of Turning Point USA, said in a tweet on Friday. “Maybe he just wanted to expose it.”

“Maybe he just wanted to expose it.”

“Twitter has lied from [its] conception and continually about the scale, scope, depth, source and ubiquity of BOTs versus actual human users,” Bannon, former White House chief strategist under Trump said in a Sunday Gettr post. “Twitter is not a real company—it’s an ‘information warfare apparatus.'”

Right-wing pundits had initially applauded the idea of ​​a Musk-owned Twitter on the assumption that the Tesla CEO would reverse the ban on former President Donald Trump and other conservatives — an impression by Musk’s emphasis on restoring free speech. But with Musk now going to court with Twitter to escape from the deal, those pundits’ attention has turned to any embarrassing secrets that might be turned up in the trial’s discovery date.

Litigating the suit would involve significant discovery, making public internal company information to a suite of hungry right-wing pundits prepared to spin it as confirmation that Twitter is biased against conservatives. Musk has already proved he’s willing to engage with those figures, and the alliance could benefit them both in the long run.

Previous tech lawsuits have revealed information on platforms in the past. As part of a 2018 UK Parliament investigation into Facebook, lawmakers received and published sealed court documents showing that CEO Mark Zuckerberg personally approved a decision to cut Vine, the now-defunct video app, from the platform’s API shortly after it was acquired by Twitter.

Musk has already thrown his weight behind the right’s exposé narrative, tweeting out a meme on Monday that said, “They said I couldn’t buy Twitter. Then they wouldn’t disclose bot info … Now they have to disclose bot info in court.” The meme ends with an image of Musk, head bent backward, hysterically laughing.

Central to Musk’s argument to cancel the deal is the claim that Twitter misrepresented the number of bots on the platform. Fake users impact the amount of money the company could make off ad revenue, therefore making it a less lucrative purchase for Musk. Since these numbers were not disclosed at the time the deal was struck, Musk believes it is within his right to pull out.

It’s a defense Musk began laying the groundwork for not long after he first proposed to take over Twitter — and one that’s been enthusiastically embraced by the right. “So basically Twitter has a huge amount of spam accounts —way more than they let on — and has gotten busted for it!!!” Donald Trump Jr. said in a Friday tweet.

While Musk has made political donations to Republican growns in the past, his relationship with the right has only stronger following his decision to buy Twitter. During a May Financial Times conference, Musk called Twitter’s ban of Trump a “morally bad decision” and said that he would allow the former president to rejoin the platform once he controlled it.

Even if information from the trial doesn’t implicitly prove that Twitter censors conservatives, it’s likely that the right will frame it as such. Not only would it hurt Twitter but also it could encourage users to jump to budding right-leaning Twitter clones like Parler, Truth Social, and Gettr.

“The lasting result of the failed acquisition will be permanent, and Musk deserves credit for further exposing the incurable, rotting, politically discriminatory culture inside the Blue Bird,” Gettr CEO Jason Miller said in a statement on Friday.