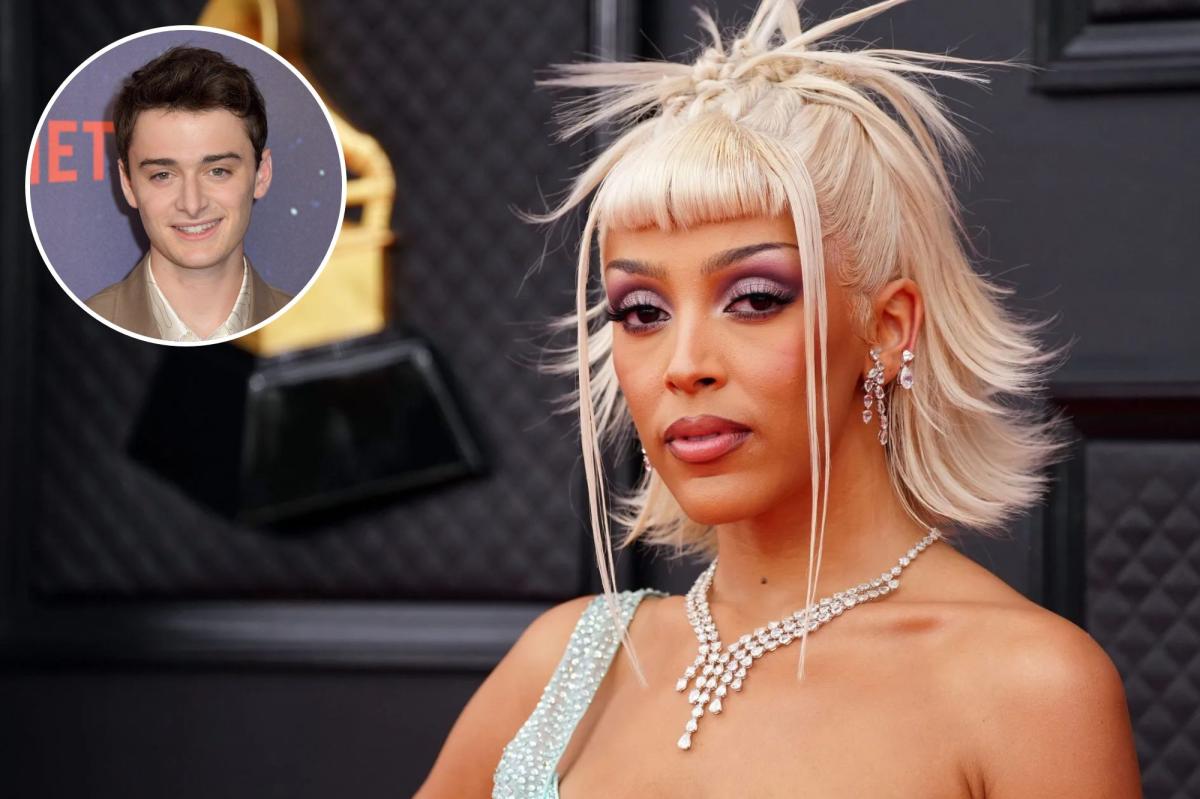 Rapper Doja Cat fumed after her private messages were exposed to the world by none other than “Stranger Things” star Noah Schnapp.

The “Say So” singer, 26, messaged the 17-year-old actor, who plays Will Byers in the hit Netflix show, asking him to set her up with his co-star Joseph Quinn, 29, who plays Eddie Munson.

“LMAOO slide into his dms,” Schnapp wrote back, but the “Woman” rapper revealed she couldn’t find Quinn’s account on any social media platform. Schnapp then sent her a link to the actor’s Instagram account.

Doja made her interest in Quinn known before messaging Schnapp for his matchmaking services. On Twittershe wrote, “Joseph Quinn fine as s–t,” when the new season of the hit show dropped.

But things went awry when Schnapp jokingly posted his exchange with the rapper in a now-deleted video on TikTok, sharing the private messages she had sent him with over 30 million fans.

“I think that to be fair, first let’s be chill about it. Like Noah is a kid, but, I don’t even know how old he is, but he’s not even over – like there’s no way he’s over 21,” the rapper said in an Instagram Live video on Thursday. “But when you’re that young, you make mistakes.”

Branding Schnapp as “unbelievably socially unaware and whack,” the rapper revealed she felt violated having her private messages exposed to the world.

“Maybe he is, like a whole snake. But I didn’t see him that way,” she told fans. “I made an assumption that he was gonna be chill about it and he went and shared information that I didn’t feel comfortable with him sharing.”

Schnapp has not yet responded publicly but did delete the video from his profile on Friday morning.