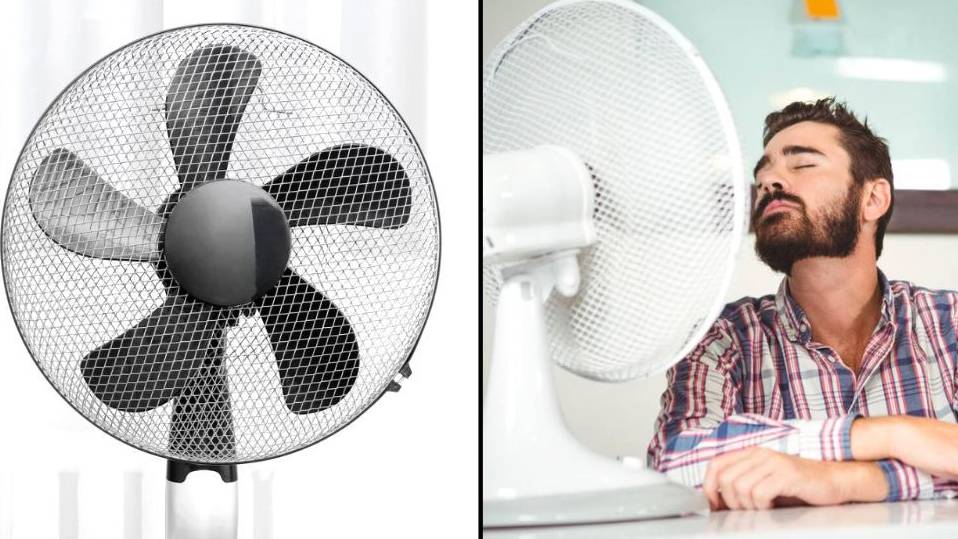 The price of using an electric fan each night has been revealed as the UK experiences an ongoing heatwave.

Many will factor 50 being reaching not only for the and an ice cream, but also their electric fans to try and help them get some sleep at night.

Experts have since estimated just how much it could set you back to try and keep cool at nighttime.

In October, bills are anticipated as rising by nearly 70 per cent. Before then, the impact of an electric fan could increase your bill if you choose to use it every night.

However, as estimated by USwitch, thankfully, the price of keeping cool isn’t expected to set you back too far.

The UK-based price comparison site has revealed it costs around 2p an hour to run a 120W electric fan.

Money Saving Expert also estimates: “A typical 12-inch 35W desk fan would cost just 1p an hour to run based on the current average price cap rates, so about 10p if you leave it on all night.

Opposed to a fan, an air conditioning unit is estimated as racking up a fairly hefty bill.

According to USwitch, it costs 44p an hour to run an air con unit.

“At the average usage of four hours 18 minutes during the day and four hours 48 minutes at night, portable air conditioning units could drive up electricity bills by £28 per week during hot weather,” the website continues.

Energy expert at Confused.com, Max Green, warned that the ‘discomfort’ caused by the heatwave won’t be ‘limited to the night’ this year.

He told The Mirror: “Many homeworkers won’t be able to benefit from the perfectly adjusted air conditioning systems of their employer’s offices.

“The stifling heat can confuse our judgment when it comes to deciding whether to fork out for an expensive cooling system.

“They can be costly to buy and run, and are only useful for the few hot days the UK experiences every year.”

Green reflected the ‘humble electric fan’ is ‘still one of the most common solutions for combating heat’.

The energy expert resolved: “It comes at a price that the majority of people will be willing to pay for comfort.”

If you don’t have a fan, then other ways to stay cool include spraying yourself with cold water, keeping blinds and curtains closed in the daytime, chilling socks in the fridge and wearing them to bed or taking a cold shower.

Or, if you do have a fan but want to upgrade to a system more like air con, just place the fan behind a bowl of ice.