IT has been just four years since Catherine Tyldesley left the role of Eva Price – but fans wouldn’t have recognised her yesterday.

The actress, 38, looked much older than her age as she was photographed filming in Manchester.

Catherine was seen in socks and sandals and wearing a pink fleece, a white T-shirt and a long flowery skirt.

Making her further more unrecognisable from her glam self, she also had a pair of 1980s-style glasses held together in the middle with a plaster.

She was out in the sunshine as scorching temperatures swept much of the UK.

The only clue that it was her came when Catherine took off the specs and put in a pair of chic dark sunglasses instead. 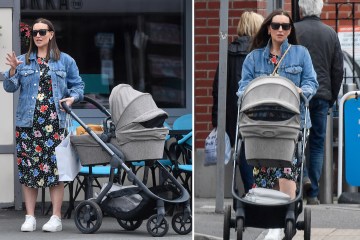 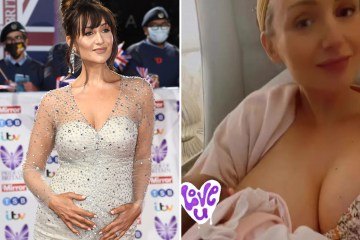 Catherine has recently returned to work after having her first baby, sharing a picture of her reading scripts while breastfeeding in April.

The actress is famous for playing Eva on Corrie, joining the soap in 2011 and bowing out in 2018.

She went on to appear on Strictly Come Dancing and also played Iris Moss in Lilies and Karen Norris in the sitcom Scarborough.

She wrote on Instagram: “We are so happy to announce that our beautiful daughter has arrived.”

The star added: “We are grateful beyond words and feel overjoyed that our family is complete.”

Earlier this month she shared a cute picture of baby Iris, writing: “Be in the moment, prioritise the now…my ‘now’ is pretty special.”

We pay for your stories!

Do you have a story for The Sun Showbiz team?