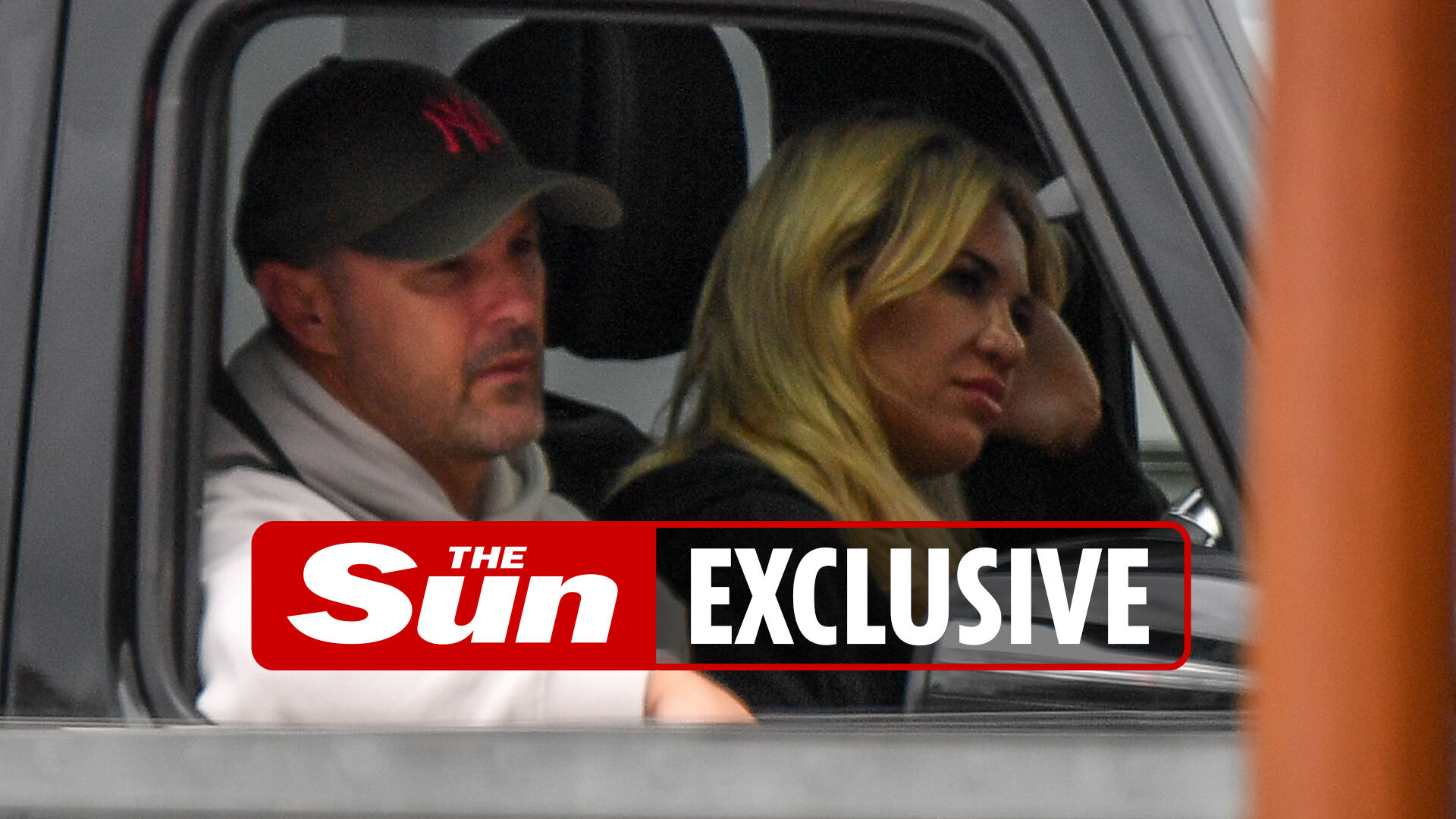 PADDY and Christine McGuinness look glum as they are pictured together amid claims of marriage troubles.

Christine, 34, appeared to rub her eyes as the couple, who recently took separate holidays, sat silently in their Mercedes G Class Wagon.

It comes after we told how Christine was hurt by Paddy’s failure to publicly back her appearance on ITV show The Games.

Top Gear host Paddy, 48, and his missus were snapped in Macclesfield, Cheshire, on Friday. An onlooker said: “They looked miserable.

“At one point Christine wiped her eyes. They were peering in different directions. Their body language did not seem at all friendly.

“Both looked as if they had the weight of the world on their shoulders.”

Later in the day, an Instagram message by Christine read: “I feel like I’m in season 5 of my life and the writers are just making ridiculous s**t happen to keep it interesting.”

When he got back, Christine flew to Croatia for five days with girlfriends.

Among them was ex-footballer Chelcee Grimes, 30, who Christine called her BFF (best friend forever).

They got close on The Games, a 12-celeb sporting challenge.

In an interview, she called the break “life-changing” but said she missed her and Paddy’s three kids.

When Christine returned, Paddy left to film BBC’s A Question of Sport.

Last week snaps appeared to show he had removed a wedding finger tattoo tribute to Christine.

But it was unclear if the photos were flipped by the mirror mode on a phone camera.