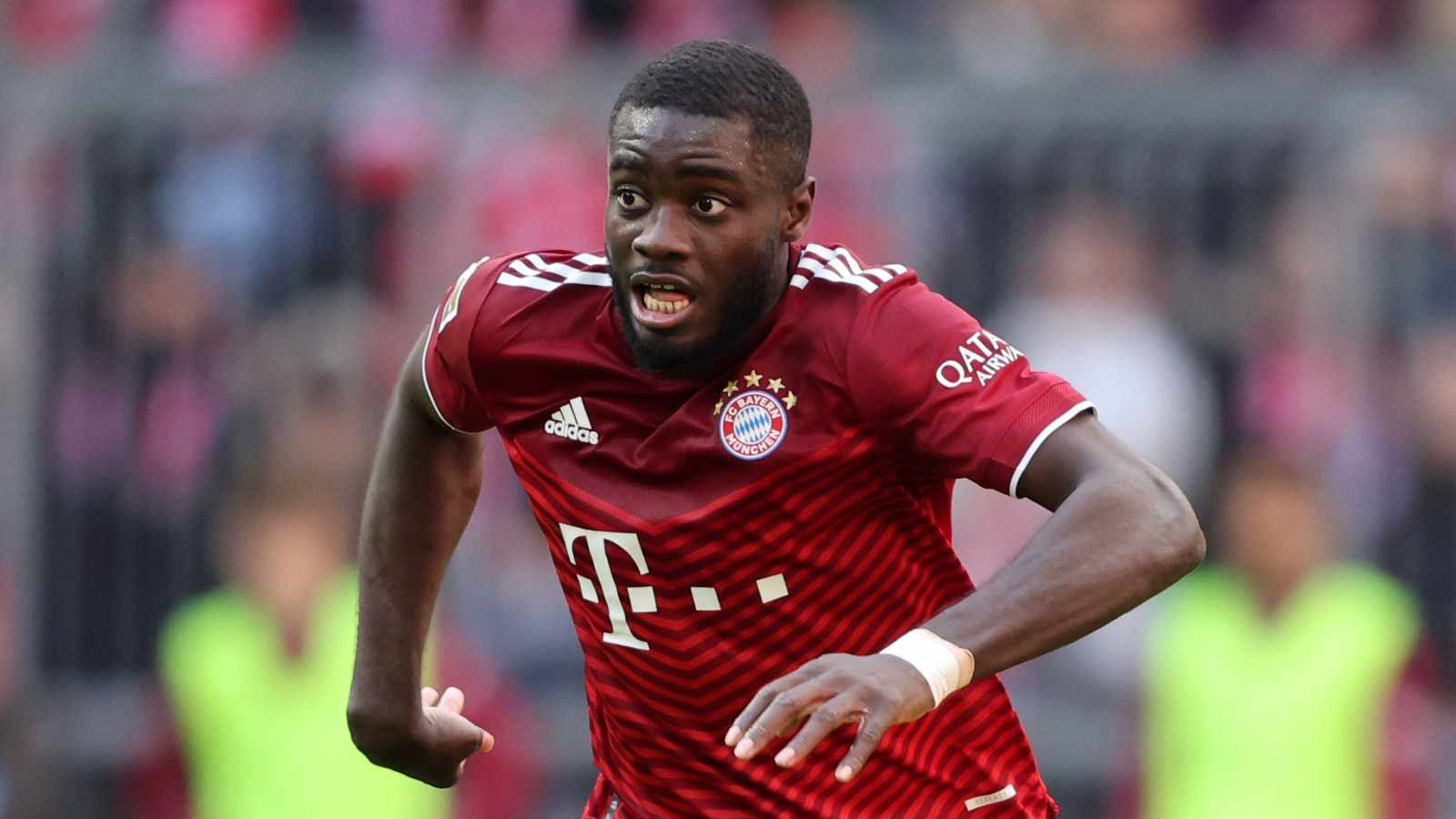 Chelsea would be interested in signing Dayot Upamecano if they miss out on Matthijs de Ligt, according to a report.

De Ligt is one of the main defenders Chelsea have been looking at for the current transfer window. The Juventus man would help fill the void left by Antonio Rudiger and Andreas Christensen after their departures.

However, it seems he is unlikely to. If the Dutchman leaves Juventus, his most likely takers – instead of Chelsea – appear to be Bayern Munich.

In turn, though, 90min are claiming that could lead to an opportunity for Chelsea to sign Upamecano from the Bundesliga champions.

Although he only joined Bayern last year from RB Leipzig, there is a risk he would lose a starting spot if De Ligt signed up. Therefore, his representatives are exploring potential options in case he has to leave.

Chelsea are one of the potential options, since they would consider Upamecano a suitable option. To sign him, they would have to pay Bayern something like €50m (£42.3m).

It would give the Germans a profit on their €42.5m (£36m) investment from last summer. Since then, the Frenchman has amassed 38 appearances. Somewhat impressively for a centre-back, he has contributed six assists (as well as one goal).

However, Bayern may prefer to start Lucas Hernandez over him as De Ligt’s potential center-back partner. Yet to afford the former Ajax man, who will cost more than €90m (£76.2m), there may have to be some sacrifices.

Upamecano may get more guarantees at Chelsea

Ahead of a World Cup campaign as well, Upamecano may prefer to be playing regularly. Chelsea would likely be able to guarantee him that due to their defensive vacancies.

Thiago Silva, Trevoh Chalobah and Malang Sarr are their only other options centrally at present. Cesar Azpilicueta could be too, but he is being linked with an exit.

Hence, a player of Upamecano’s stature would probably command a regular role at Stamford Bridge. Whether Chelsea get the chance to pursue a deal remains to be seen.

Another centre-back the Blues are hoping to sign is Nathan Ake from Manchester City. But they will need more than one reinforcement, so could be keeping their options open.