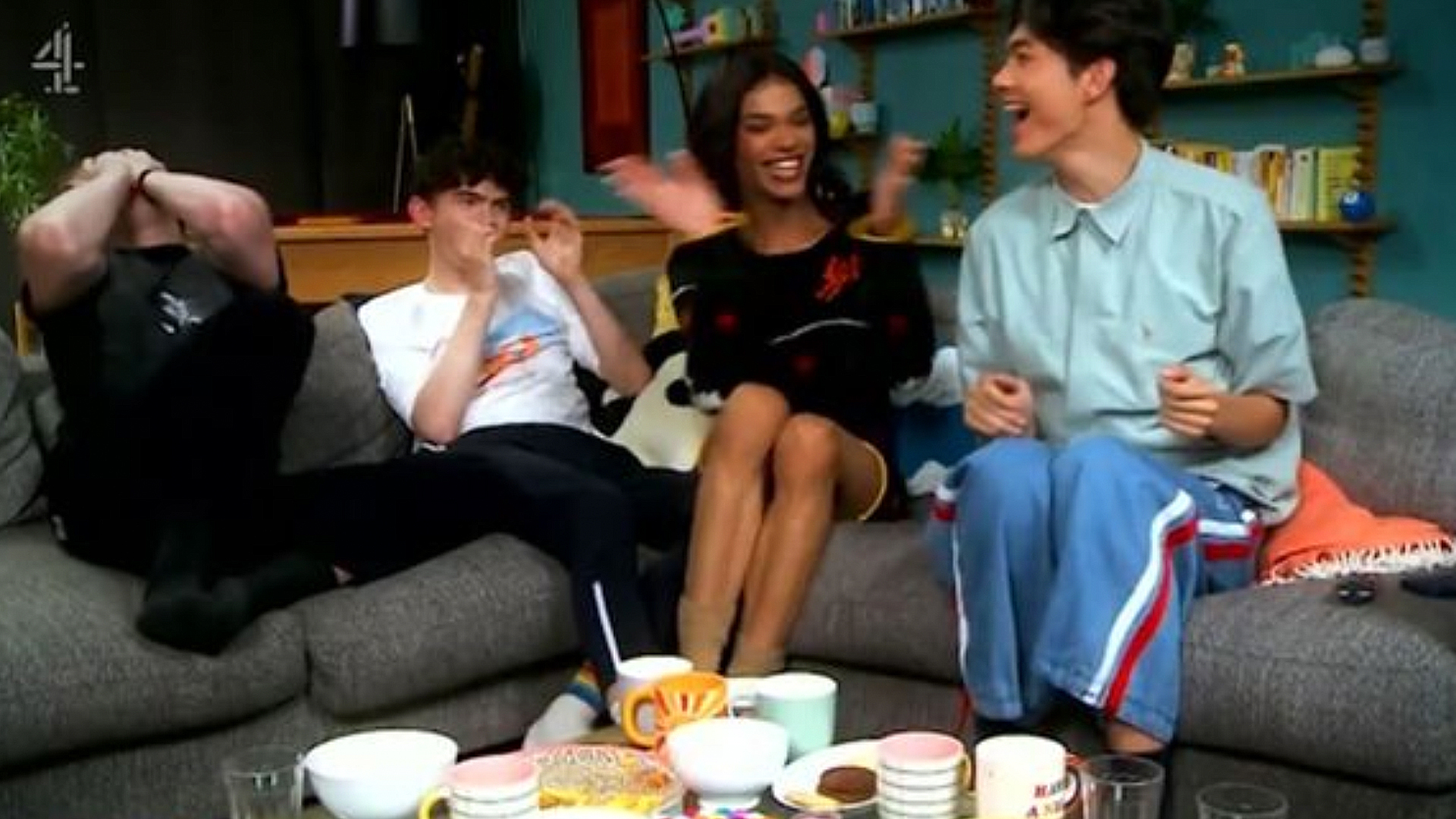 CELEBRITY Gogglebox fans were left baffled by a host of new names on the show last night.

Comedians Lolly Adefope and Mae Martin also teamed up, and RuPaul’s Drag Race UK stars Tia Kofi and Lawrence Chaney, but viewers confessed they didn’t recognise any of the newbies.

One fan tweeted: “Who are Tia & Lawrence and can someone tell him it’s SHOVE yer granny off a bus no push! #Gogglebox.”

Another moaned: “Where the hell have you got these Z list celebrities from? So a few regulars left #Gogglebox.”

A third added: “7 mins in to Celeb Gogglebox and have not got a clue who half of them are #oldman.”

A fourth shared: “Could you give me a moment to work out who some of these celebs are?”

However, the episode still entertained fans, as another commented: “I usually prefer the non-celeb version of #Gogglebox – but I’m making an exception because the Heartstopper cast are pretty damn adorable.”

Another said: “Don’t usually watch #Gogglebox but quite enjoying actually.”

And a fourth chimed: “No idea who half of them are but it’s gay and I’m here for it, happy pride season.”

Other new stars this series include Fred Sirieix and his fiancee ‘Fruitcake’.

The maître d turned TV star has swapped swanky restaurants for his sofa as Channel 4’s latest signing. And the duo made their debut last week.

Fred said: “I’m delighted to be joining the Celebrity Goggleboxers. It’s going to be very surreal being on the show having been critiqued on the regular series.

“I am looking forward to the public getting to meet the wonderful Fruitcake too.”