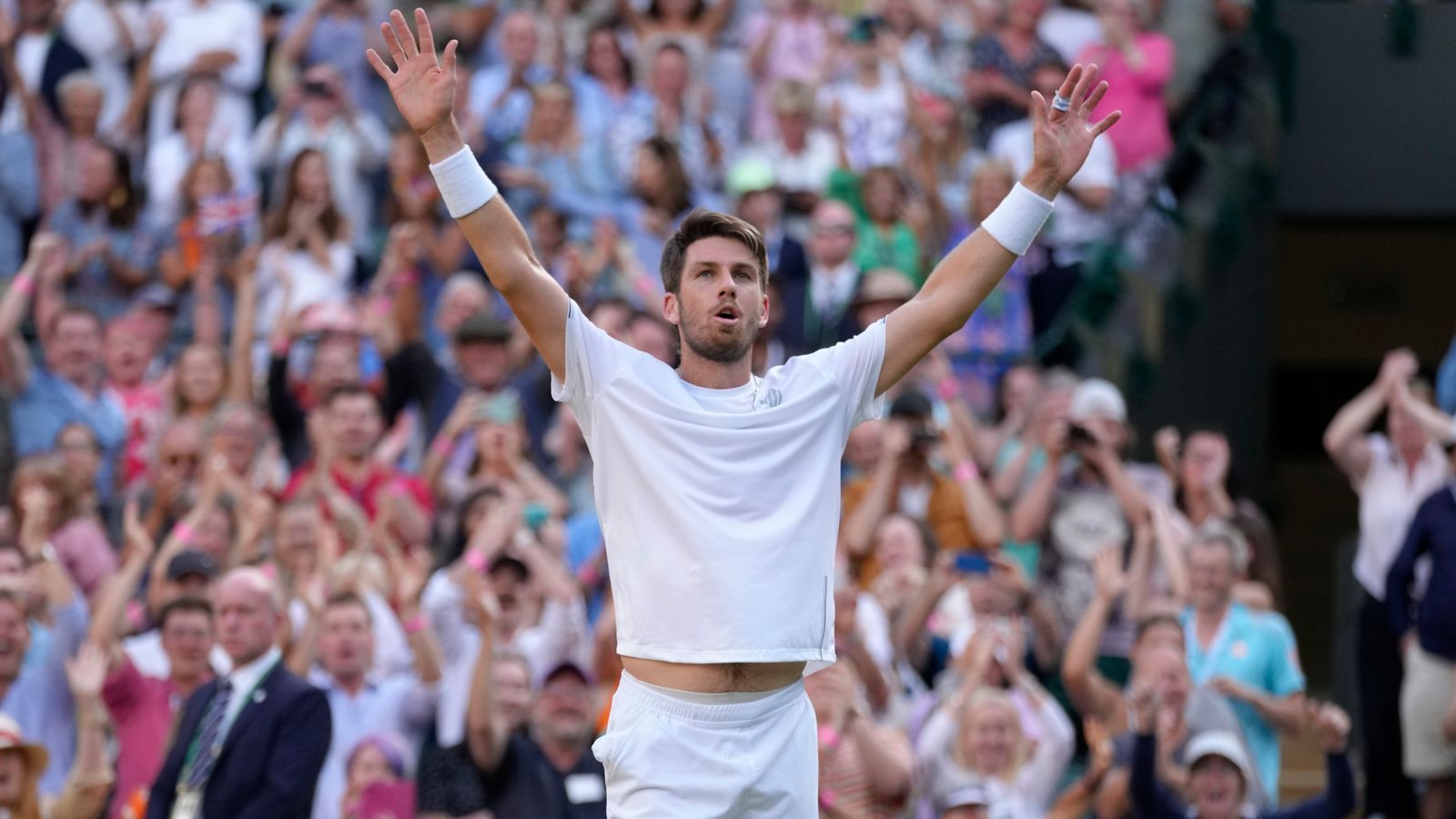 British number one Cameron Norrie is through to the semi-finals of Wimbledon after beating David Goffin in a five-set thriller.

The ninth seed defeated the unseeded Belgian at the quarter-final stage, coming from behind twice to win 3-6, 7-5, 2-6, 6-3, 7-5 in front of a chanting and cheering crowd on Court One .

It is the first time that Norrie, 26, has reached the last four of a grand slam tournament.

He will face defending champion Novak Djokovic on Friday for a place in Sunday’s final.

Norrie lost the first set, then won the second, lost the third, won the fourth and then also the fifth.

Speaking after his latest victory at Wimbledonhe told the crowd he was “speechless” and the win “feels pretty good”.

He admitted: “It wasn’t going my way from the beginning, wasn’t feeling good and feeling the ball and that was all credit to David.

“He was moving me and playing really good. And I couldn’t find my game.

“Then thanks to you guys… I managed to stay as patient as I could and it was all just adrenaline, and I just used my legs at the end and try to put the ball in the court.

“It was great to get over the line for sure.”

Looking ahead to Friday’s clash, Norrie told the Court One crowd: “It only gets tougher. I am going to take it to him and hopefully you guys can get behind me again, I’m sure you will. Looking forward to it.”

The Duke and Duchess of Cambridge were among the spectators to see Norrie’s triumph.

The world number 12 is the last British player left in the singles at SW19 this year.

The two biggest stars of British tennis, Andy Murray and Emma Raducanu, were both knocked out in the second round.

Some fans are suggesting that Murray Mound on the Wimbledon grounds – previously dubbed Henman Hill – should now be renamed Norrie Knoll.