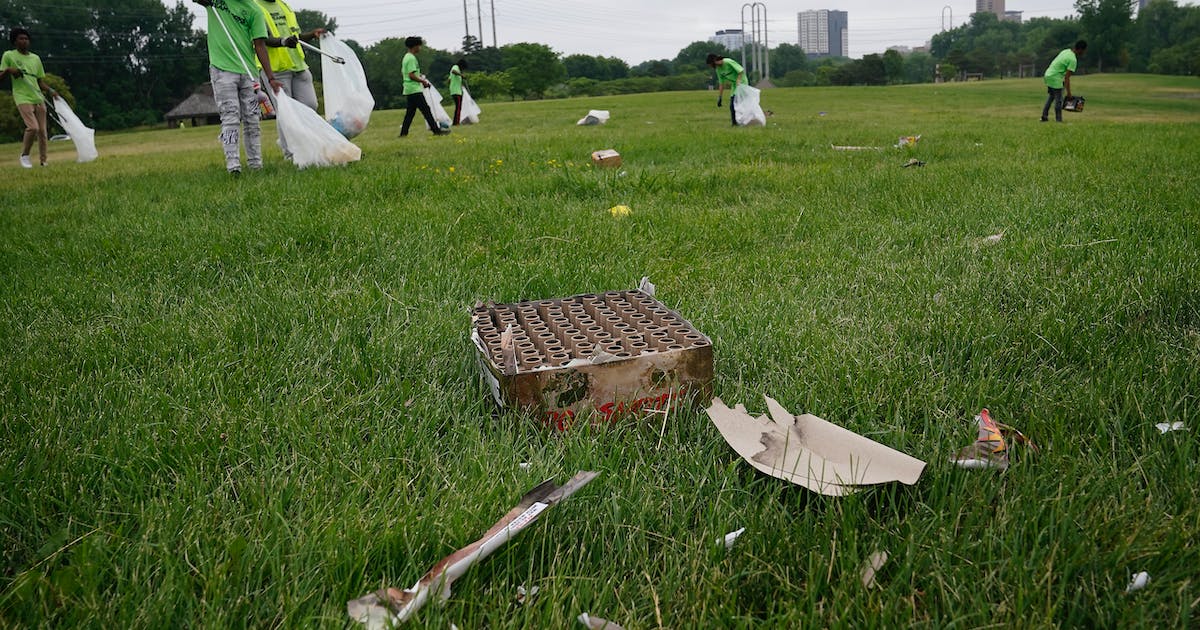 Gunfire at a park along the Mississippi River near downtown Minneapolis wounded eight people, some of them with critical injuries, officials said Tuesday.

No arrests have been announced.

“There was no formal July 4 event or fireworks in the park or on the river,” Smothers said in an email, “but park visitors gathered on their own at Boom Island and other parks to celebrate the holiday.”

Smothers said “eight victims are hospitalized, [with] several in critical condition.” She did not have information about the victims’ identities or exactly how many were among those with critical wounds.

A park police incident report listed four people with a “major injury,” with three of them 18 years old and the other 22 years old.

“After shots were fired, the large group that had gathered in the park dispersed, many leaving prior to police arriving,” Dawn Sommers, another Park Board spokeswoman, said late Tuesday morning. “A majority of the shooting victims later arrived at local hospitals on their own, where police were notified by the hospitals.”

This is a breaking news story. Come back to Startribune.com for more details.