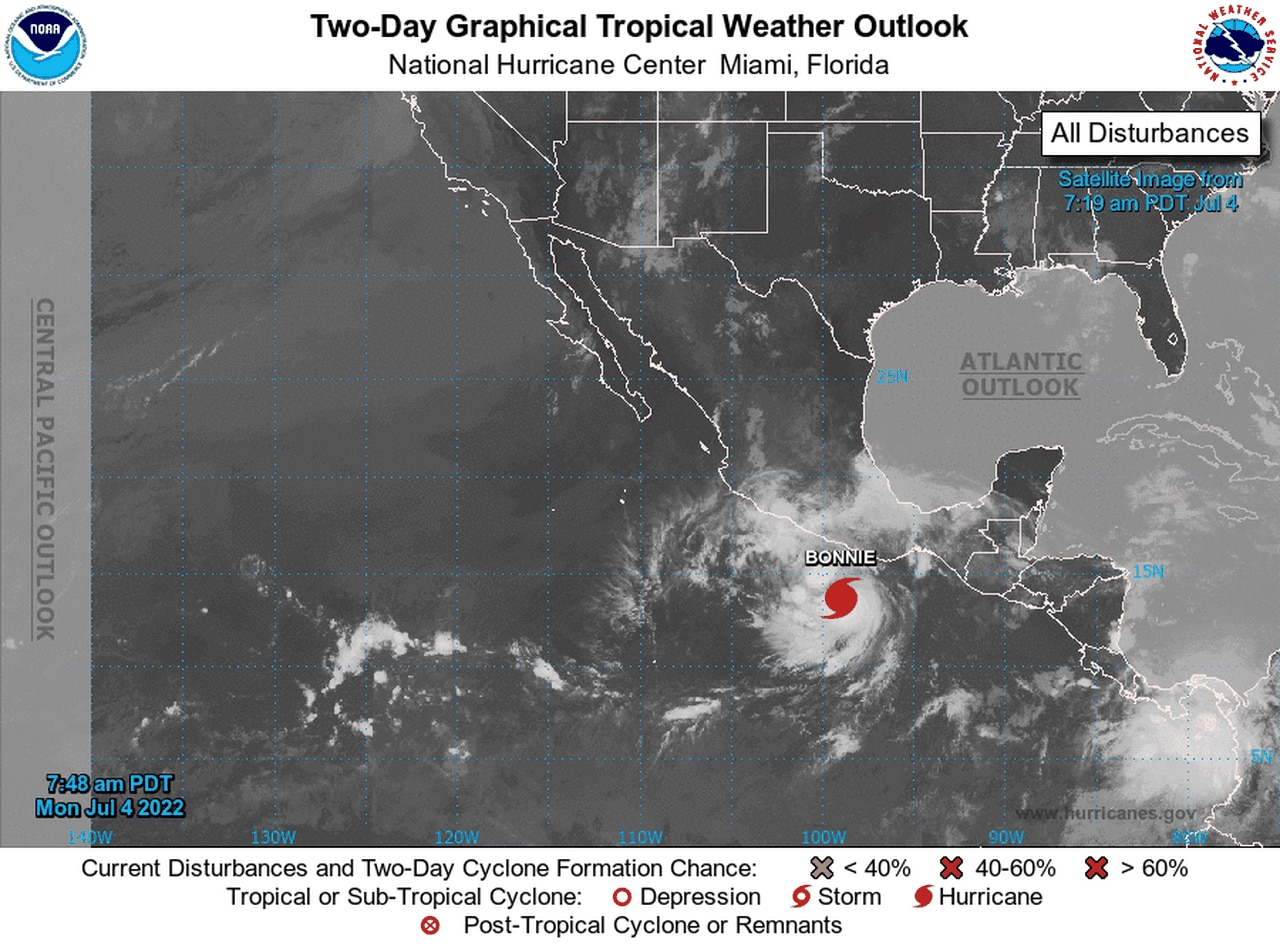 The Pacific has a new hurricane to add to its 2022 tally — sort of.

Bonnie has become a Category 1 hurricane south of Mexico, according to the National Hurricane Center.

Bonnie was strengthening and had 90 mph winds as of 10 am CDT Monday. It was located about 230 miles south-southeast of Acapulco, Mexico.

Bonnie was moving west-northwest at 18 mph and was forecast to head out deeper into the Pacific and not directly affect land.

The hurricane center expected Bonnie to remain at hurricane strength the next few days.

What’s unusual about Bonnie is that it was not born in the Pacific but the Atlantic — the Caribbean specifically.

Bonnie became the Atlantic’s second named storm of 2022 on July 1 as it was approaching Nicaragua and Costa Rica’s Caribbean coasts.

It made landfall there as a tropical storm and crossed over into the Pacific on Saturday, where it began to gradually strengthen.

Bonnie is the first hurricane to jump oceans since Hurricane Otto in 2016. Otto also got its start as an Atlantic storm and made landfall in Central America as a Category 3 hurricane crossing over Central America and before the Pacific.

The hurricane center said Bonnie is expected to move parallel to, but remain south of, the coasts of southern and southwestern Mexico over the next few days.

It could strengthen some through mid-week but so far isn’t expected to become a major hurricane (Category 3).

Bonnie could bring heavy rain to parts of southern Mexico over the next few days, and waves from the storm could cause rough surf along the beaches in those same areas.

The tropical Atlantic was quiet as of Monday morning, with no storms expected to develop over the next five days.

The hurricane center had been tracking Tropical Storm Colin off the coast of the Carolinas, but Colin lost organization — and its title — over the weekend.

The have been three named storms and no hurricanes so far this year in the Atlantic. However, the peak of the season is still to come — in late August through mid-September.