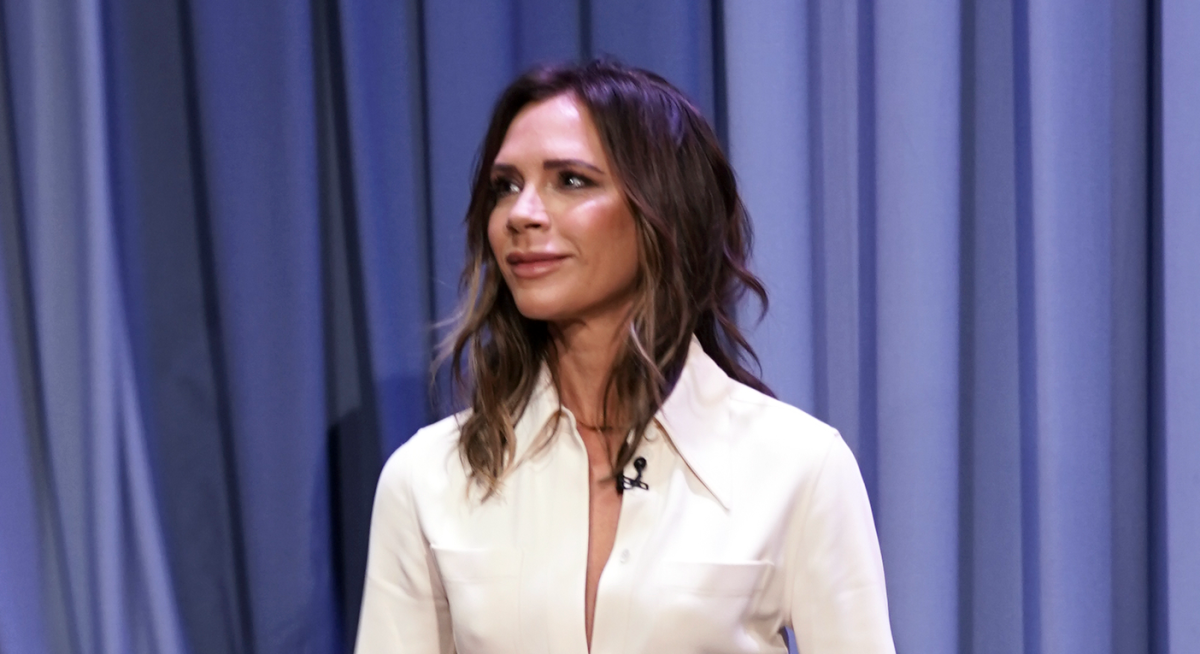 Victoria Beckham has stirred up a debate among her fans after wearing a white dress to her friend’s wedding.

The star, 48, wowed in a silky, floor-length ivory frock from her own collection for the nuptials of British Vogue editor Edward Enniful to his long-term partner, creative director Alec Maxwell, in February.

In a throwback picture of their big day shared to Instagram, the stylish mother-of-four can be seen having finished off her look with a simple up-do and glowy make-up.

Captioning the post, she wrote: “A special dress for a special day @edward_enninful @kloss_films.

“Wearing one of my favorite pieces from the new collection at the chicest wedding for the chicest couple!

“So beautiful and intimate, I felt blessed to be a part of their special day.”

Beckham’s cami dress – which featured a low back and lace detailing – is currently available on her website for £1,290, and it also comes in lime green and black.

However, while many called the ensemble “beautiful” and “amazing”, a number of social media users weren’t quite so sure about her color choice.

One person wrote: “I thought it was considered disrespectful to wear white or ivory to a wedding that’s not your own.”

Another said: “Why did you wear white to someone else’s wedding?” A third shared: “Not cool”.

Others came to her defence, with one claiming that “there is no rule” and another suggested that the ivory shade was actually acceptable.

Beckham was one of a number of famous faces at the star-studded nuptials held at the Longleat Estate in Wiltshire, including Kate Moss, Naomi Campbell, Rihanna and Leonardo DiCaprio.