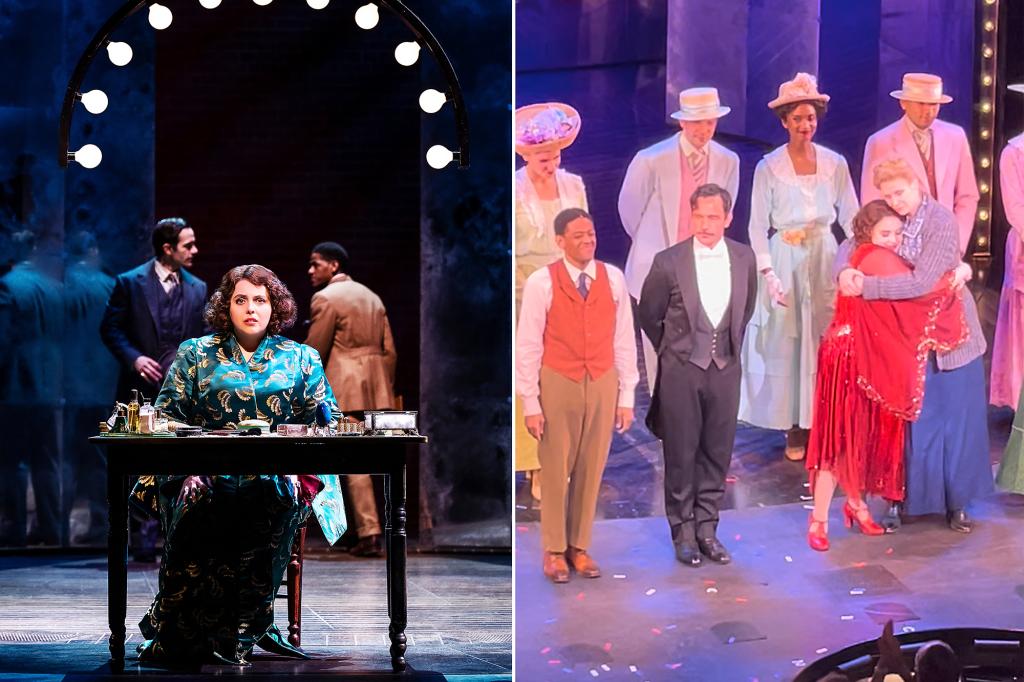 Beanie Feldstein needed people Tuesday night — and she got ’em.

The 29-year-old actress took the stage for her first performance in the Broadway revival of “Funny Girl” since announcing on social media Sunday that she’d departed the production early because it had gone in “a different direction.”

Then, on Monday, Lea Michele of “Glee” was officially announced as her replacement in the role of Fanny Brice, starting Sept. 6.

Juicy exposes have been written, catty rumors have spread. And I hear more are on the way!

The chatter on the Rialto Tuesday was that Feldstein might vamoose even sooner than July 31 because of the onslaught of media attention. Fanny understudy Ephie Aardema played Fanny for the first time last week. Feldstein did, however, go on as planned.

The show was typical until curtain call, when things got more emotional than usual. Somber-looking co-star Jane Lynch maternally hugged Feldstein multiple times and mouthed, “I love you.”

Lynch will depart the show Sept. 4 before her former “Glee” co-star Michele starts her run.

The August Wilson Theater was packed for a Tuesday night, considering the struggling revival’s recent attendance woes, and very boisterous.

And there was a lot of affection in the crowd for the “Booksmart” actress — an embrace that has surely been boosted by the hugely embarrassing mismanagement of the casting switcheroo by producers Sonia Friedman and Scott Landis.

“They’ve made Beanie the underdog,” another Broadway producer said. “Pretty hard to do, but they did it.”

Added a wag: “Maybe Sonia would have been kinder to the actor playing Fanny Brice if it was Mark Rylance.”