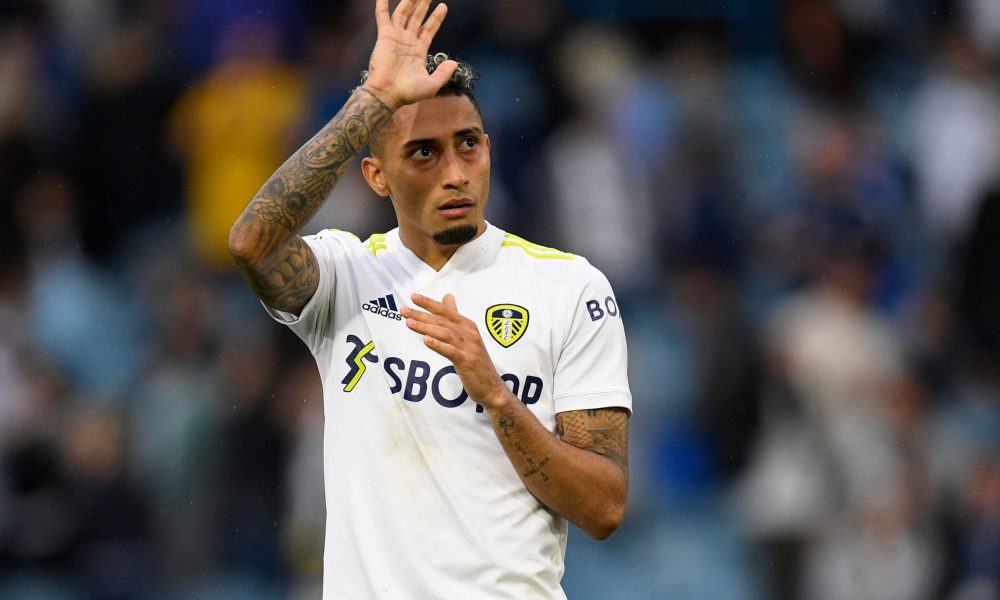 After a long drawn-out saga, Barcelona and Leeds United have finally reached a total agreement over the transfer of Raphinha, reports Mundo Deportivo.

The two clubs have been going back and forth in negotiations over the 25-year-old Brazilian, with the entry of Chelsea into the mix making matters complicated for the Blaugrana.

Chelsea had an agreement over a €75 million deal with Leeds United for the winger. But the player’s insistence on joining Barça meant that there was no progress on that front while allowing the Catalans time to put together a package to convince the Whites.

After much negotiations and haggling, it seems like the two teams have reached full agreement for the transfer of Raphinha.

As per the report, Barcelona will pay Leeds United a fixed sum of €58 million plus €7 million in variables to secure the services of the former Sporting CP and Rennes ace, taking the total value of the deal to €65 million.

Several different figures have been mentioned by different outlets in the past. However, the amounts quoted by MD are similar to what Italian journalist Gianluigi Longari reported earlier in the day.

Fabrizio Romano has also claimed that the Blaugrana will be shelling out a fixed sum of €58 million, but he states that the total value of the deal will be around €68 million including add-ons.

Leeds United had superior offers from not only Chelsea but also Arsenal and Tottenham. However, Raphinha’s stance of wanting to join the Catalan giants forced the Premier League club to accept a lower bid for his services.

Raphinha has already agreed a five-year contract with Barcelona which will run until the summer of 2027. With there being a full agreement in place between the two clubs, Barcelona can hope to get the deal across the line before they fly out to the US for the pre-season tour.