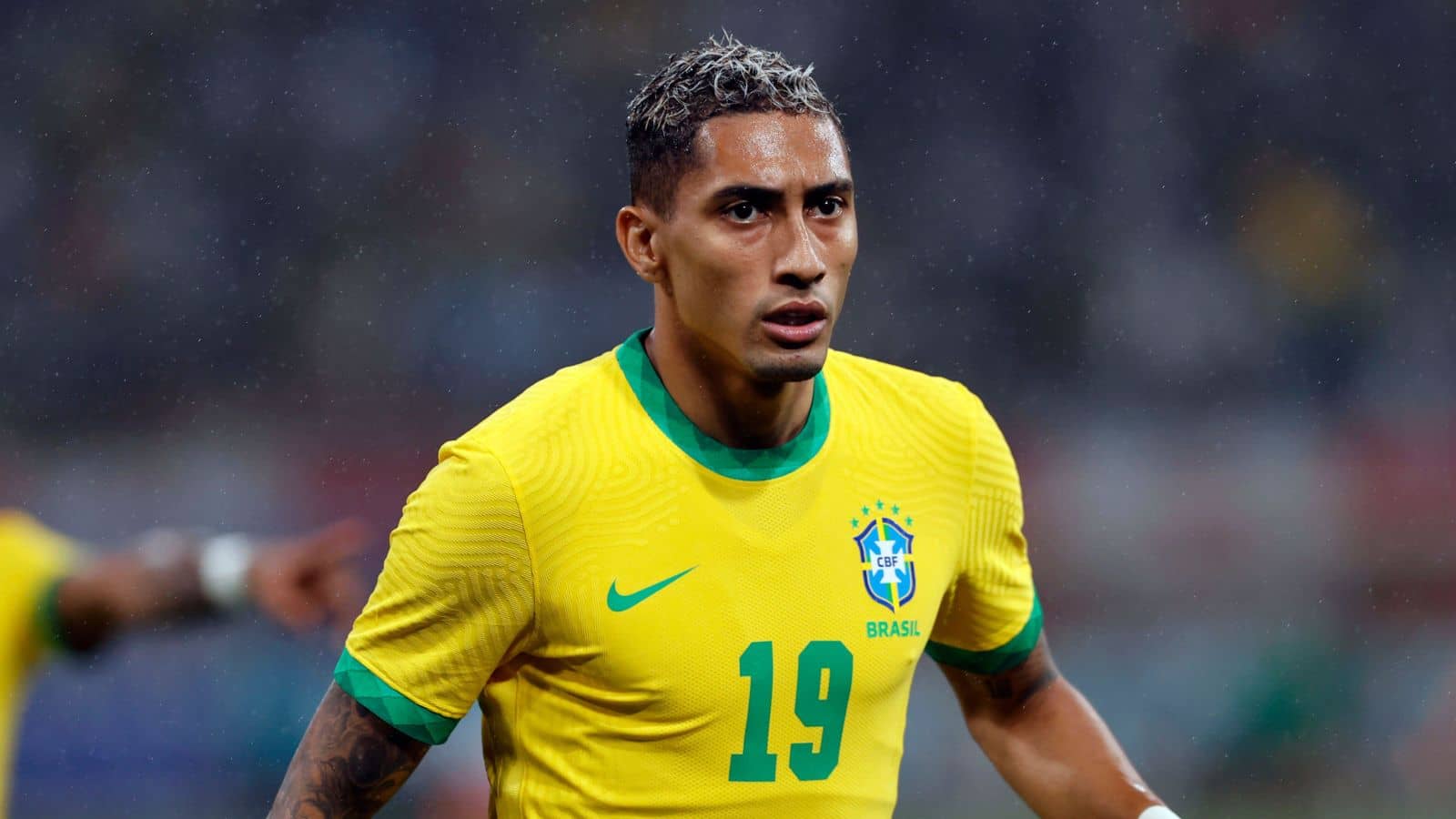 Barcelona president Joan Laporta feels confident that Raphinha wants to leave Leeds United to move to Camp Nou, but Arsenal and Chelsea remain in the hunt.

The Brazil international’s future has proved one of the headline-grabbing transfer stories of the summer window. Following the conclusion of last season, Barca looked like the frontrunners.

However, fresh Premier League avenues then opened up. Arsenal and Chelsea registered firm interest, with the Blues overtaking their London rivals.

It looked as if Chelsea would win the race for Raphinha. However, Barcelona have always been in the hunt and are now seemingly closing in on his arrival.

Speaking to SportBarca president Laporta revealed his confidence in Raphinha wanting to move to his club.

However, he warned that the likes of Chelsea and Arsenal could still snap the winger up if Barcelona are not careful.

“We have spoken with Leeds,” Laporta said. “I don’t think it will offend them [to say so] because we have spoken personally [with Raphinha] and we are in communication, but there are also other clubs that want Raphinha and have made their offers.

“We know that the player would like to come to Barcelona,” he added.

Leeds’ asking price has proved something of a problem to the three clubs chiefly interested in Raphinha.

Barcelona were the first in the queue for the 25-year-old and had hoped for a cheaper deal. However, Leeds’ dramatic Premier League survival made a relegation transfer clause redundant.

Arsenal were haggling over the fee, which meant that Chelsea were able to gazump the Gunners – or at least they hoped.

The latest reports have revealed that Leeds will receive a guaranteed £51.7million for Raphinha. Barcelona will pay the fee in installations, the first set at €20million (£17.2million).

There are a number of factors driving Raphinha’s transfer connections with Barcelona.

The Spanish giants have had a number of star Brazilian players in their history, with Raphinha looking to emulate them.

He does not have to look far to get a glimpse of that history, with Deco – his agent – ​​a member of Barcelona’s past elite club.

Raphinha to Chelsea not done deal just yet

Raphinha has made a mark in the Premier League and could have cemented that by either signing a new deal or moving to Arsenal or Chelsea.

However, he has decided to advance his career elsewhere and will look to be invaluable to Barca head coach Xavi.