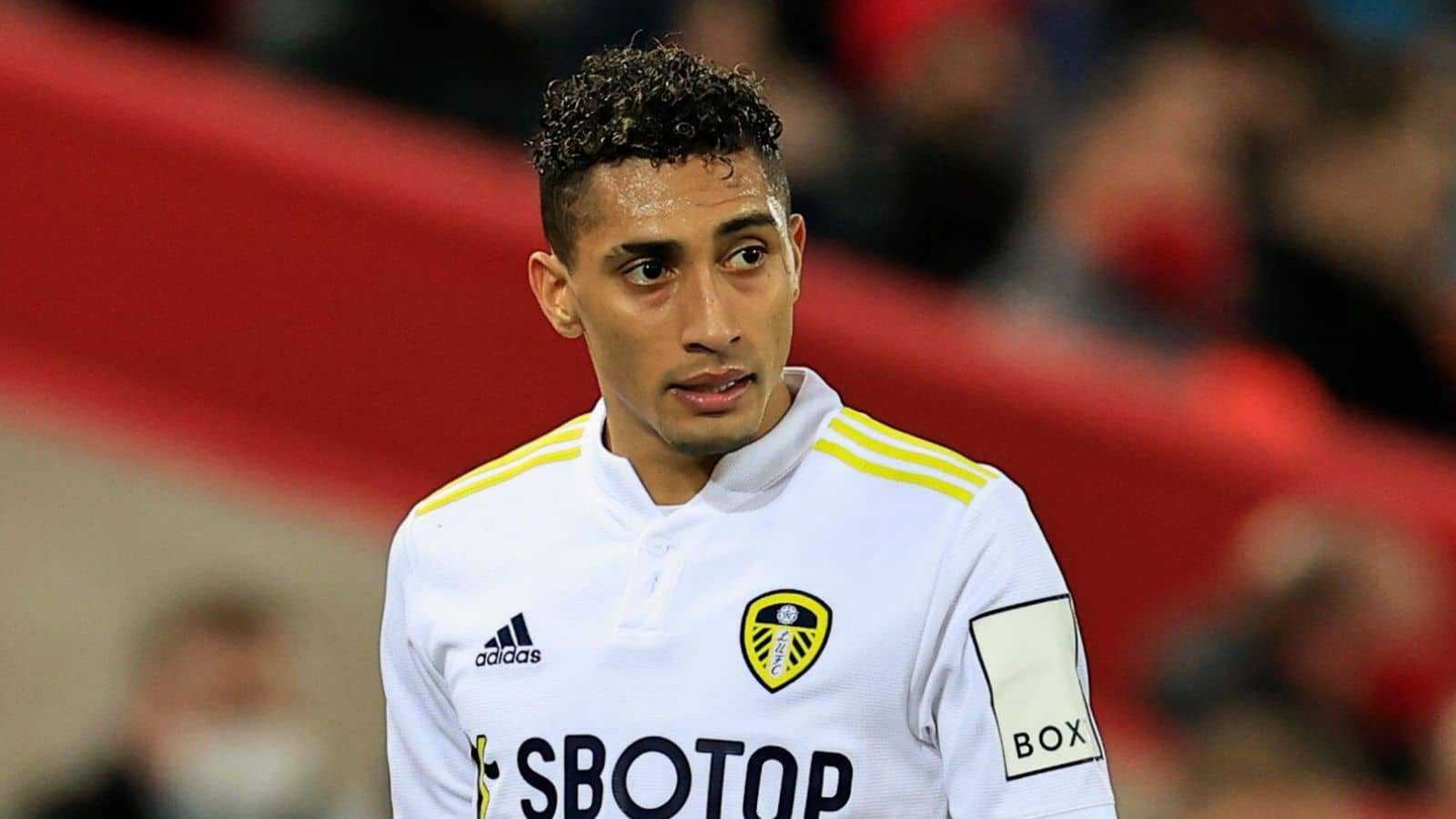 Barcelona have matched Chelsea’s total offer for Leeds United winger Raphinha, albeit with a different structure, it has now been revealed.

Raphinha is ready to leave Leeds this summer after two seasons at Elland Road. He has scored 17 goals from 65 Premier League games for the club, but is now set for a new challenge. Barcelona have been his preferred destination for some time.

However, the cash-strapped La Liga giants have been struggling to put up an offer Leeds have deemed acceptable. Concurrently, there have been rival attempts to sign him, such as those by Arsenal and Chelsea.

The latter have been named as the favorites to sign the Brazilian recently. They have already had a bid accepted by Leeds, worth an initial £60m. Bonuses could increase the fee to £65m.

But Raphinha has been holding out for Barcelona, ​​in case they can manage to sign him. Now, they have potentially moved a step closer to doing so.

According to CBS Sports reporter Ben JacobsBarcelona yesterday made an offer for Raphinha that matches the total value of Chelsea’s.

The key difference is that they would be paying a lower initial fee. However, by the structure of the deal and its add-ons, Barcelona are still presenting a package worth as much as the one on the table from Chelsea.

Leads have not yet accepted it, but after advanced talks with Barcelona over the past 24 hours, want to come to a conclusion soon. Luis Sinisterra has already arrived as a potential replacement for Raphinha. Therefore, Leeds can focus on getting the best deal for their existing number 10 as soon as possible.

Discussions over Barcelona’s bid are ongoing. The Catalan club remain confident of signing Raphinha, but Chelsea could still win the battle if the current offer from the La Liga outfit fails.

Indeed, Jacobs claims Raphinha is “very open” to joining the west London outfit. It would either be in the event of a Barcelona move collapsing or not progressing quickly enough.

Raphinha could fulfil dream after all

It appears it could be a critical weekend in determining where the former Rennes star will be playing next season.

For a while now, it has looked as if Raphinha will have to postpone his Barcelona dream and pick another destination.

Raphinha has had a verbal agreement with Barcelona over his future for months now, but the Catalans will need to sell before being able to spend £60 million on the Brazilian.

However, they have now come strongly back into the battle for his services.

Leeds may yet prefer to receive a better proportion of the sum for his transfer up front. However, Raphinha’s wishes could also be taken into account.

Joining Barcelona has been his preference all along, so the 25-year-old can only take this as good news.

Only time will tell if he reaches the desired conclusion, though.