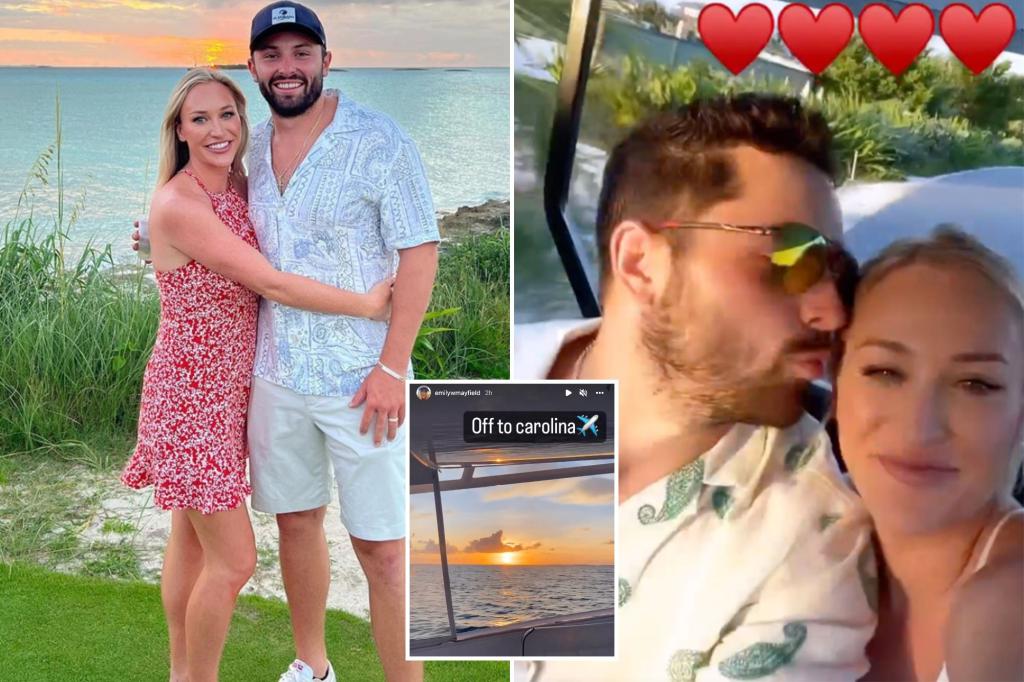 Baker Mayfield and wife Emily are ready for their next chapter with the Panthers.

Emily revealed Thursday on Instagram that she and her quarterback husband, 27, are “off to Carolina,” less than 24 hours after a day filled with milestones.

On Wednesday, the Browns agreed to trade Mayfield to the Panthers for a conditional fifth-round pick in 2024. The quarterback then celebrated with Emily a short while later, capping off their third wedding anniversary with a kiss.

The No. 1 overall pick in 2018, Mayfield helped lead the Browns to a playoff berth in 2020 following the team’s 17-season drought. Despite an impressive third season in Cleveland, however, Mayfield struggled last year while dealing with a shoulder injury, with the Browns missing the postseason at 8-9.

The Browns decided to change course at quarterback earlier this year when the team surprisingly tossed its name into the ring as contenders in the Deshaun Watson sweepstakes. Cleveland ultimately came out on top, signing Watson — who recently agreed to settle 20 of the 24 civil lawsuits filed by massage therapists for sexual misconduct — to a five-year, $230 million deal, fully guaranteed.

Although Watson’s playing status for next season is yet to be determined, the Browns’ pursuit of Watson essentially destroyed its relationship with Mayfield, who had one year left on his contract.

Mayfield, who said in April that he felt “disrespected” by the Browns, had been linked to Carolina for some time, with the sticking point of the trade being the $18.8 million remaining on his contract.

NFL Network reported Wednesday that the Browns will be picking up $10.5 million of Mayfield’s deal, with the Panthers expected to pay the quarterback around $5 million. Mayfield also agreed to cut the remaining $3.5 million.