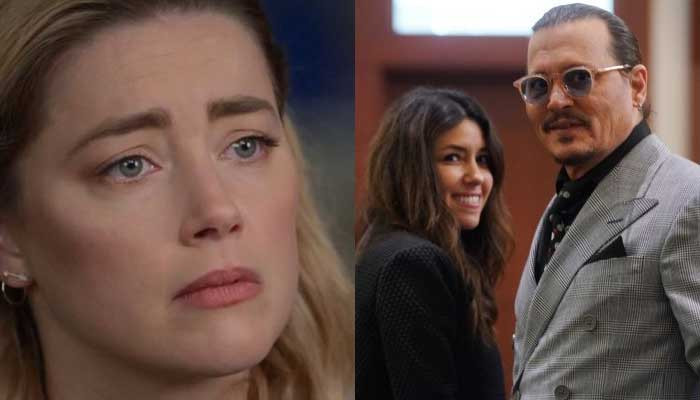 Amber Heard, who has been proven defamer in the trial that aired all good and bad about her and Johnny Depp, does not seem to stay quiet.

The Aquaman actress is reportedly in talks for a multi-million dollar deal following the defamation case loss against her ex-husband.

A source has revealed that the 36-year-old actress is “really excited” about her new work following the highly publicized trial that ended last month.

It added that that actress is going to score a massive deal to pen a tell-all book against Depp.

There are also speculations and rumours that Heard won’t be given chance in any new Hollywood movie as her film career seems over. Petition to remove Heard from Aquaman 2 has also reached near 5 million signatures.

Source added that the actress is already in talks and is excited about the deal. At this point, the actress has nothing to lose and wants to tell all for much-needed money.

It comes after her lawyer claimed that the actress won’t be able to pay the USD 10 million damages that the jury has ordered her to pay.

With her alleged book deal, according to a legal expert, Depp and his team of lawyers will be keeping a close eye on her work and the actress could face another lawsuit if she happens to “cross the line.”

On the other hands, Amber Heard’s attorneys submitted a 43-page memorandum seeking to toss the Johnny Depp defamation trial verdict.

Meanwhile, Johnny Depp has been busy performing at concerts alongside Jeff Beck, and his legal team is closely monitoring the events after winning the case and preparing to befittingly respond to Amber Heard’s any attempt to defend the pirates of the Caribbean star again.