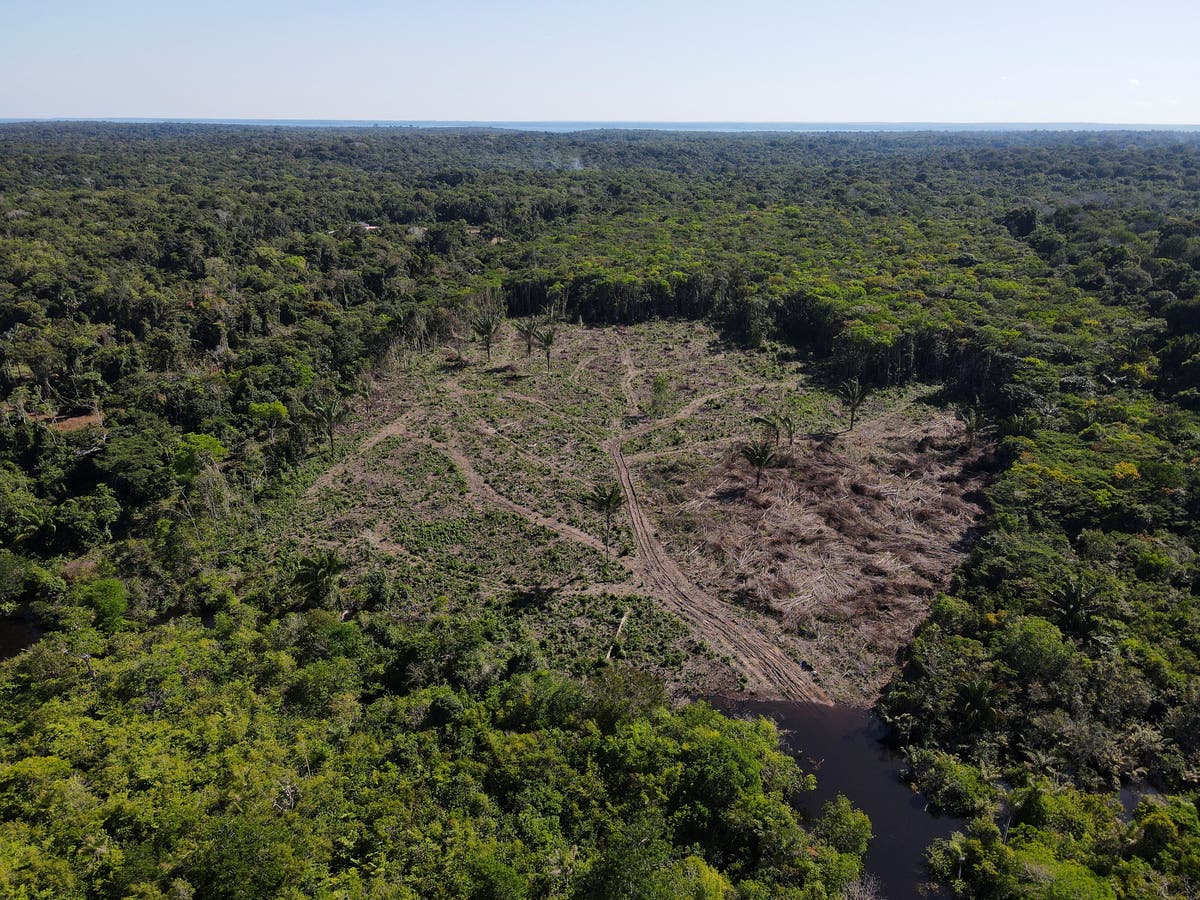 Preliminary government data shows in the first six months of this year 3,988 square km (1,540 square miles) were cleared in the region

That’s an increase of 10.6 per cent from the same period last year and the highest level for that period since mid-2015.

The Amazon, the world’s largest rainforest, contains vast amounts of carbon, which is released as trees are destroyed, warming the atmosphere and driving climate change.

Deforestation is creeping deeper into the forest. In the first six months of the year, Amazonas state in the heart of the rainforest recorded more destruction than any other state for the first time.

Greenpeace UK’s head of forests Louisa Casson said: “Destroying the Amazon as the climate crisis rages is like taking a hammer to the air conditioning in a room that’s already getting hotter.

“Governments and corporations need to stop fueling the fire and pile pressure onto Bolsonaro’s government to make it stop. We need a zero-tolerance approach to Amazon destruction, or we’ll all pay the price.”

This year’s rising deforestation is also feeding high levels of fire, which are likely to be growing in the months ahead, Manoela Machado, a wildfire and deforestation researcher told Reuters.

Brazil recorded the highest number of fires in the Amazon for the month of June in 15 years, although those blazes are a small fraction of what is usually seen when fires peak in August and September, according to Inpe data.