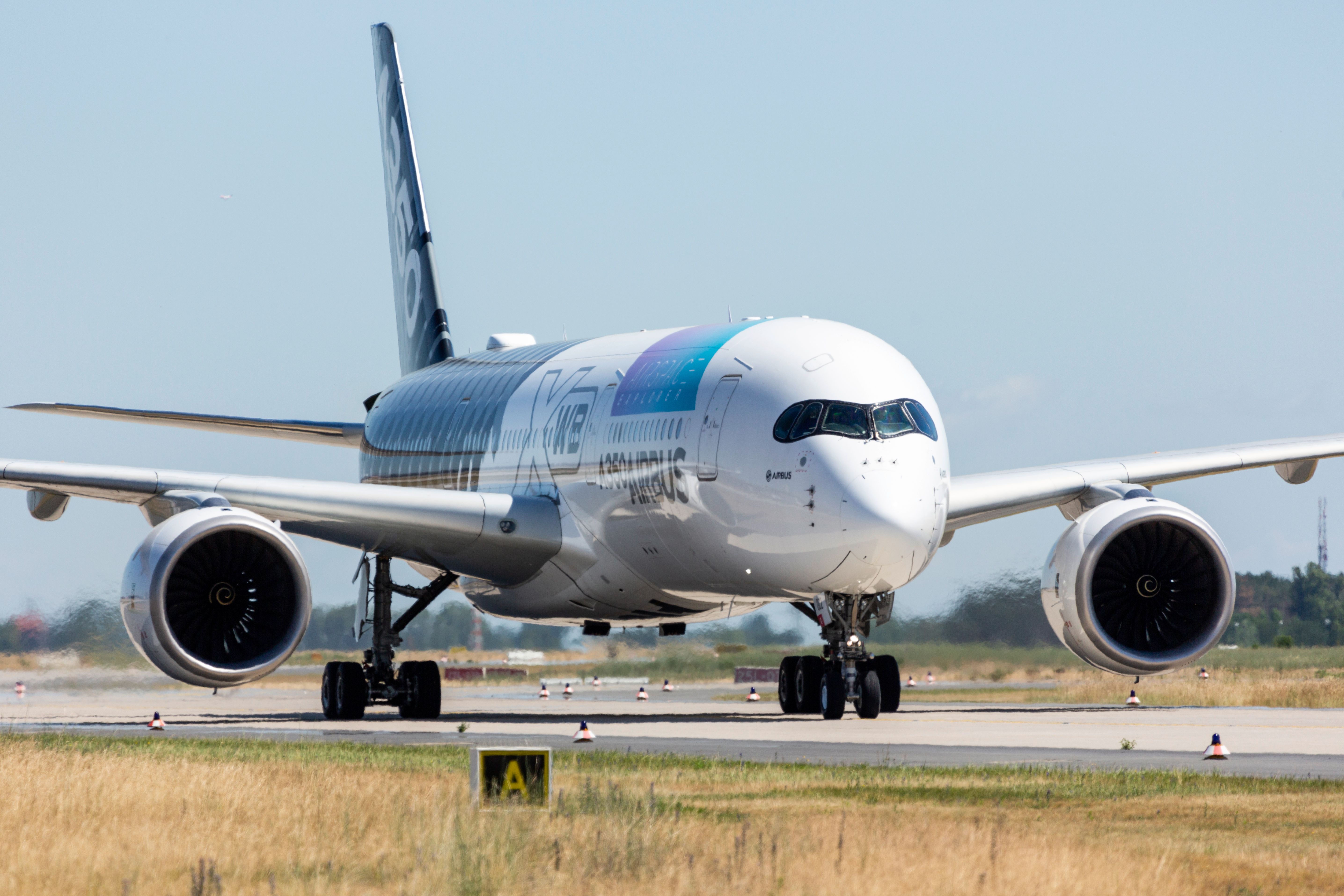 Aircraft have begun to arrive in Farnborough ahead of next week’s airshow, some from thousands of miles away. Roughly 70 aircraft are currently due to attend the event, with some aircraft on static display while others are in the daily flying display.

The 2022 Farnborough Airshow is now just days away, and the airport is already a hive of activity as the final setup phase is underway. As part of the preparations, a host of aircraft have been flying into the site, while some jet teams have been spotted undertaking so-called validation displays ahead of the show.

Boeing’s aircraft may have some of the longest journeys going to make it to this year’s airshow. The American planemaker is bringing two aircraft undertaking certification to the show. This will be the first time visiting the United Kingdom for both.

N27752 was the first aircraft to set off for the show. According to data from FlightRadar24.com, the Boeing 737 MAX 10 departed Seattle (BFI) at 09:28 local time on Monday. However, it didn’t make the hop to the British Isles in one, unlike new Ryanair Boeing 737 MAXs as they’re delivered. Instead, the aircraft stopped in Iceland, landing in Keflavik (KEF) at 23:48. This morning, the aircraft left Iceland at 05:40, arriving at Farnborough Airport (FAB) two and three-quarter hours later at 09:25.

Once certified, long hops such as Seattle to London will be no problem for the Boeing 777X widebody. Proving this, the aircraft flew non-stop from Boeing Field to Farnborough overnight. N779XW took off from Seattle at 15:37, landing eight hours and 40 minutes later at 08:18, according to data from FlightRadar24.com. This is far from the longest hop that the plane has taken. Ahead of the Dubai Airshow, it flew for 14 hours and 57 minutes, while a trip to this year’s Singapore Airshow took 16 hours and 42 minutes from Moses Lake.

Many will be keen to see the 777X as it makes its UK debut. Photo: Tom Boon – Simple Flying

Airbus has a shorter journey

Airbus’ aircraft didn’t need to fly nearly as far to reach Farnborough. F-WWCF, the company’s innovation demonstrator A350-900, flew to the show from Toulouse in two hour-long hops with a stop in Paris. Interestingly, FlightRadar24.com shows that the aircraft flew back to Toulouse after just three hours on the ground in Farnborough.

Simple Flying will be at the Farnborough Airshow next week. For all the latest news from the show, click here!

In terms of commercial aircraft, Airbus is also due to display an A220-300 at this year’s airshow. In previous years the company has relied on the aircraft of airBaltic for this purpose. It’s not yet clear which A220 will grace the show this year, though apparently the candidates would be airBaltic and SWISS due to their proximity to the show.

It’s unclear which A220 will turn up to the show for Airbus. Photo: Tom Boon – Simple Flying

Embraer is bringing a couple of commercial aircraft to this year’s show. The E190-E2 and E195-E2 will be displayed across the five days in the Tech Shark and Tech Lion liveries, respectively. Neither of these aircraft flew to Farnborough in one hop. The Tech Shark aircraft departed from Recife (REC) in Brazil at around midday on Monday, landing in Espargos (SID), Cape Verde around four hours later at 18:06. Yesterday, the jet got back into the sky around noon and landed in Farnborough at around 19:20, per FlightRadar24.com data.

Embraer will bring both the Tech Shark and the Tech Lion to Farnborough Airshow this year. Photo: Embraer

The Tech-Lion followed on from its smaller sister a day later. Registered PR-ZIQ, the E195-E2 demonstrator followed a similar flight plan from Recife to Espargos yesterday. It is due to depart from Cape Verde at noon today, with an estimated Farnborough arrival of 19:16, per FlightRadar24.com data.

Of course, Farnborough Airshow isn’t just about the big commercial jets. We’ll see an away of aircraft on display, from UAVs to Fighter Jets and heavy transport aircraft. Some of the smaller aircraft appearing at the show haven’t flown quite as far.

This could well be the shortest flight to reach the airshow this year! Photo: FlightRadar24.com

Possibly the shortest flight to reach the airport took just nine minutes. According to FlightRadar24.com, the Scottish Aviation Bulldog is a two-seater training aircraft previously used by the Royal Air Force and the Swedish Air Force, among others. The aircraft attending the show was at Blackbushe Airport. This is just four miles (seven kilometers) from Farnborough as the crow flies. The Bulldog doesn’t fly as the crow flies, though, meaning that lining up for the relevant runways meant a flight time of just under 10 minutes.

Read More: Farnborough Organizers Reveal Aircraft Visiting This Year’s AirshowWhich aircraft are you most excited to see in Farnborough this year? Let us know what you think and why in the comments below!