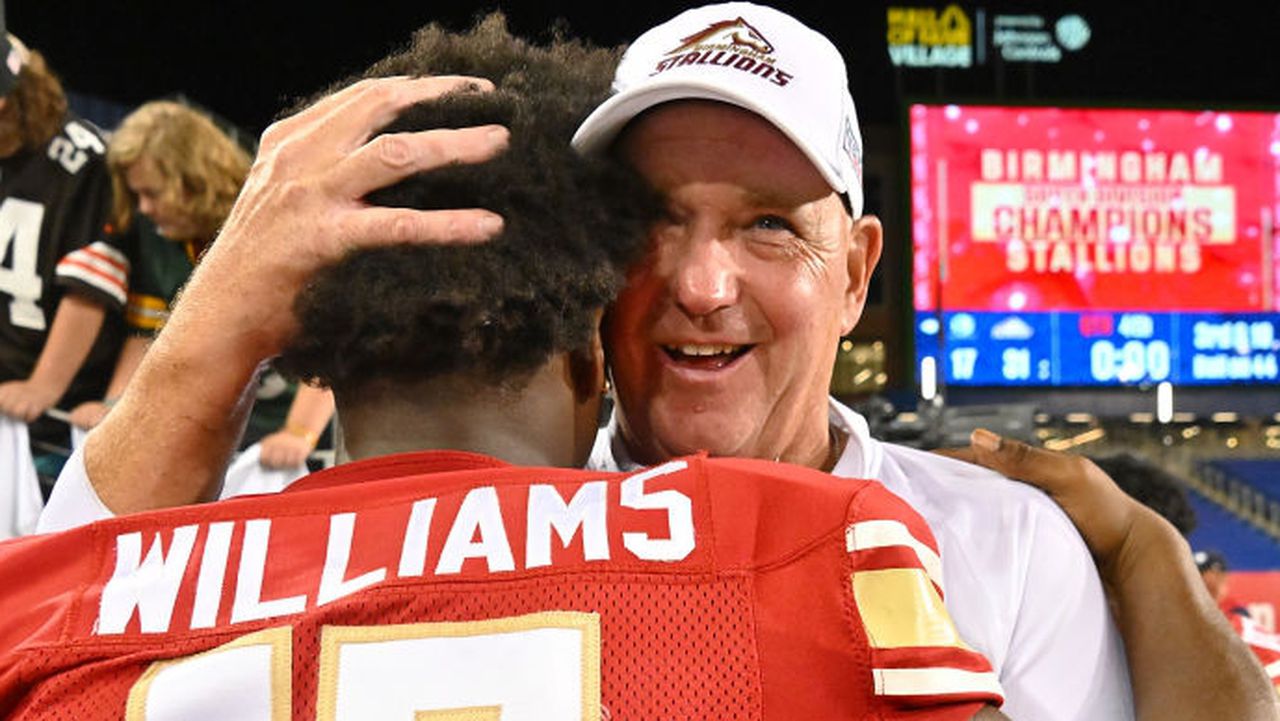 Forty-two players from Alabama high schools and colleges got on the field during the USFL’s inaugural season. Seven of them have made it to the league’s championship game.

The Birmingham Stallions and Philadelphia Stars will square off at 6:30 pm CDT Sunday at Tom Benson Hall of Fame Stadium in Canton, Ohio. FOX will televise the championship game.

The Stallions defeated the Stars 30-17 on May 15 as Birmingham won its first eight games of the season.

The Stallions won the USFL South Division with a 9-1 record, then defeated the New Orleans Breakers 31-17 last week in the semifinals to reach Sunday night’s championship contest.

The Stars finished second in the USFL North Division with a 6-4 record, but Philadelphia upgraded North champ New Jersey 19-14 in the semifinals to break the Generals’ nine-game winning streak.

All 40 of the USFL’s regular-season games were played in Birmingham. But to make way for the World Games, the league’s postseason is taking place in Canton.

RELATED: USFL WON’T PLAY ALL ITS GAMES IN BIRMINGHAM

“You have to be comfortable being uncomfortable so in those situations you can be ready for it,” Scarbrough said. “And just for us, it’s just a new site. A new site brings good energy, and good energy brings good players, and we have big-time players on our team, and they make big-time plays in big-time situations, and we got to keep doing that. It’s a good thing for us to be in a new site and not being so comfortable being in one place.”

The move to Canton gave the USFL players the opportunity to tour the Pro Football Hall of Fame. Scarbrough said he especially enjoyed seeing the jersey of former Alabama teammate Derrick Henry commemorating his 99-yard touchdown run for the Tennessee Titans against the Jacksonville Jaguars in an NFL game on Dec. 6, 2018.

“I think it was a little motivation for us because one day you want to be in that Hall of Fame,” Scarbrough said, “and it makes you want to go out and give it your all.”

Although he didn’t play in the first four games of the season, Scarbrough finished 10th in the league in rushing yards with 352. Birmingham teammate CJ Marable ranked eighth with 401 rushing yards.

The Stars’ leading rusher, Matthew Colburn II, had 457 yards and eight touchdowns on the ground, but he won’t be able to play in the championship game because of a knee injury.

Williams placed third in the USFL in receiving yards with 474. He had 32 receptions, with four going for touchdowns.

Fair, Ramzy and Sylve are listed on the inactive roster for Sunday night’s game and won’t be eligible to play in the title contest.