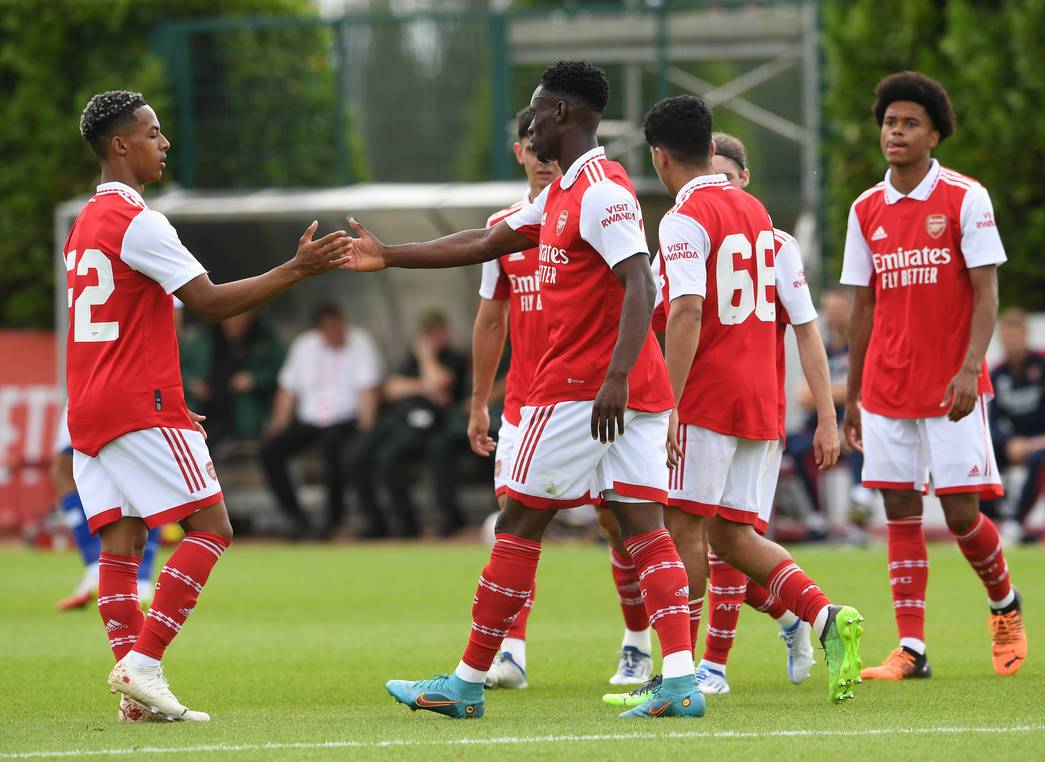 When news broke of Arsenal’s first pre-season friendly victory on Saturday, nobody was expecting the Gunners team to be a first-choice lineup.

All the same, there were five Arsenal players whose absences were more notable.

Arsenal left-back Kieran Tierney has been absent since early April with a knee injury, his season ending the same week Thomas Partey was ruled out of action.

But whilst Partey was back in action and impressive in the friendly on Saturday, Tierney is still clearly not fully fit.

Summer signing Fabio Vieira is also currently out injured, though he’s played down reports on the severity of the issue. Regardless, his foot issue certainly kept him out on Saturday.

Whilst Folarin Balogun returned to action with Arsenal at the weekend, after playing for the England u21s in June, Emile Smith Rowe didn’t.

Why was one of the England u21s back, whilst the other wasn’t? The answer is most likely because Smith Rowe’s club season dragged on a little longer than Balogun’s.

But it could also be an attempt to help the get over his niggling injury problems from the last campaign.

Azeez was in the early pre-season sessions with the first-team, but his sudden absence over the last few days suggests either an injury setback or an impending transfer.

As with Azeez, Swanson was initially involved in pre-season first-team training, but he’s since disappeared. Again, either an injury or a transfer are very possible. We should get some clarity in the coming days.