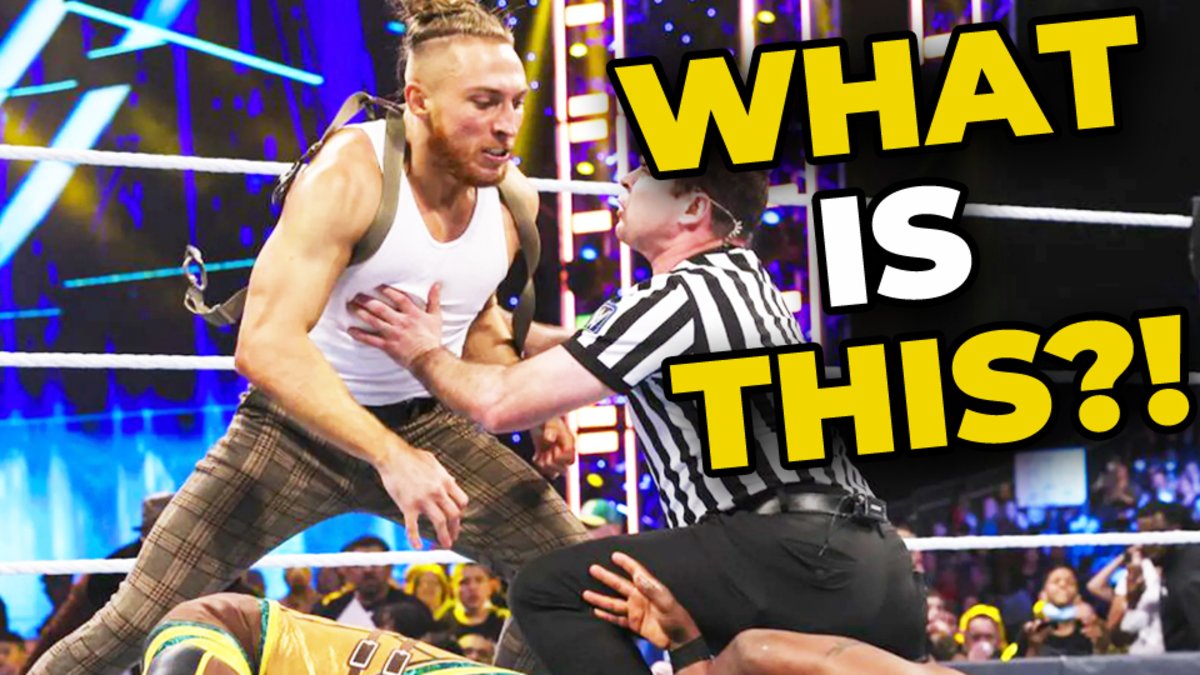 Booker T has fallen into a trap, but the trap is full of ill-gotten cash and he’s making no effort to pull himself out of it.

You’ll see remarks of his every week now, sometimes aggregated on sites such as this one, because he’s using his platform and various outlets to make broadly contentious remarks about wrestling and wrestlers – mostly tied to AEW – because there was a gap in the market to do so. In fairness to the Hall-Of-Famer, that bit was legitimately astonishing, but everything else about the grift exposed itself as such early on.

His recent fascination with Adam Cole has rightfully drawn criticisms, and speaks to a lot of focus that’s been placed on the AEW star and former NXT Champion over the last couple of years. Quirks with his look, his voice, his face and just about everything else that feels barbed rather than to form some constructive criticism.

And that’s the thing; if only we could come together to work out why A lot of very insecure fans, critics and ex-professionals would round on a current top television star with a back catalog of classic matches, a reputation as one of the nicest people in the game who also happens to have Hollywood good looks, a relationship With one the industry’s most profiled female stars and a second life in streaming should he ever wish to leave wrestling behind.

Alas, that remains a mystery. Stop being cruel, eh? Or at least look at the quirks with affection…

A microphone maestro that was the driving force behind more ideas than just ones for himself over the years, Xavier Woods deserved all the success he eventually found in The New Day and then some.

Having grafted away on smaller stages before looking like he was going to fall off WWE’s by 2014, Woods transformed his career as part of the iconic trifecta and took to adding loads of new details to his act as a way to separate himself (as well as Kofi Kingston and Big E) from the chasing pack.

Everything became about the little details, and an early marker for that was in the way Woods held the stick. First taking to it like a brandy glass before holding it off to the side like an old fashioned boxing announcer pulling a cord down from the ceiling, the multi-talented star adding this little touch distanced The New Day from the rank-and-files from the off.